Sentiments have no space in our legislative house 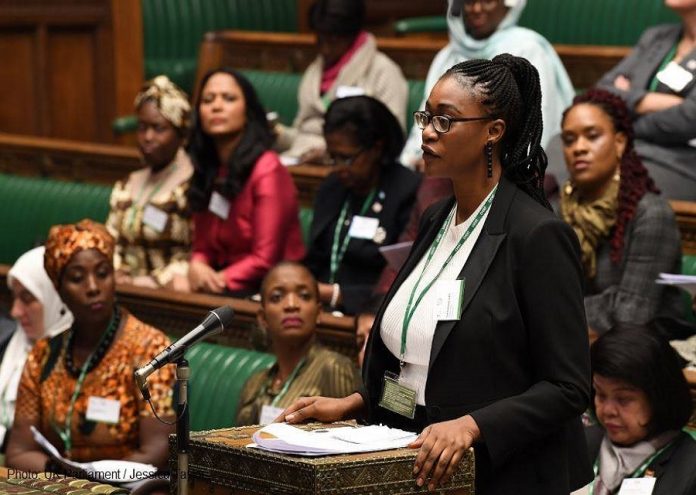 The Constitution makes it mandatory for the president to attend a national sitting of the National Assembly and address a session on the condition of The Gambia, the policies of the Government and the administration of the State. This is mandatory on the president to do.

I wish to indicate that this is the first National Assembly in the New Gambia and therefore, they must be able to act in the public interest as dictated under section 112 of the Constitution. Section 122 states “all members shall regard themselves as servants of the people of The Gambia desist from any conduct by which they seek improperly to enrich themselves or alienate themselves from the people, and shall discharge their duties and functions in the interest of the nation as a whole and in doing so, shall be influenced by the dictates of conscience and the national interest.”

I wish to point out that section 112 of the Constitution is the most violated section of the Constitution by our lawmakers. Section 112 makes it mandatory on lawmakers to apply the dictates of conscience and the national interest when discharging their duties and functions in the interest of the nation as a whole. Recently, the whole country has witnessed lawmakers speaking on sentiments against the public interest but in the interest of their political parties. The public is watching and we will be able to adjudge (by our votes) them at the end of their mandate in 2022.

One would have expected her to speak the language of the law because in addition to her position as a lawmaker, she is also a legal practitioner.
On her impeachment of the president, I want to state that she is putting the cart before the horse. The National Assembly is on a fact-finding mission and this is why the answers of the vice president to the questions raised by Honourable Halifa Sallah, the member for Serrekunda would provide them base to know what to do next. You should have waited for the answers and then come up with whatever you have in mind.

Her statement was not made in the public interest. This is because you have already made up your mind that the president is guilty of your allegation. Your statements and actions should be guided by the public interest and not political sentiments. Lawmakers are not expected to speak on sentiments. If I were a lawmaker, I would have opposed your motion for the president to be summoned because you have scores to settle with him. You are a nominated member of the National Assembly and people would have expected you to remain so and not to display political colour.

You cannot use our legislative house to settle your scores with the president. You were dismissed by the president and thereby, became a victim of the law. The courts settled the issue in your favour and you went back to the National Assembly.

In addition, section 5 provides that “a person who alleges that any act or omission of any person or authority (including the President), is inconsistent with; or is in contravention of a provision of this constitution, may bring an action in a court of competent jurisdiction for a declaration to that effect. The court may make orders and give directions as it may considered appropriate for given, to such a declaration and any person to whom any order or direction is addressed shall duly obey and carry out the terms of the order or direction. The failure to obey or carry out any order made or direction given under subsection (2) shall constitute the offence of violating the Constitution and (a) shall, in the case of the President or Vice President, constitute a ground for his or her removal from office in accordance with section 67.”

So this tells a lot. You will agree with me that if one successfully proves the allegation of contravention of the constitution by the president or vice president, then the court may make orders and give directions as it may consider appropriate.

In summary, Ya Kumba is a lawyer and she ought to know better because her mission is futile. A sober legislative house won’t rely on political sentiments to make a decision. They would rely on evidence. Evidence must be the basis of their decision.

I am calling on all lawmakers to disregard Ya Kumba Jaiteh’s motion. Let them apply conscience and law in the public interest so that the decision they will come up with will be supported by evidence and not sentiments. The motion is brought in the public interest. Ya Kumba Jaiteh’s motion should be rejected by the whole house. It is based on sentiment and the deputies shouldn’t entertain sentimental motions. She has already made up her mind and she wishes to drag our honourable members of the National Assembly into her sentiments.

Madi Jobarteh argued that honourable Halifa Sallah cited the wrong provision of the Constitution when he moved his motion to ‘summon’ the vice president to appear before them and provide them with answers to questions he raised. Jobarteh said Ya Kumba Jaiteh was the one right.

Madi Jobarteh is not sober. He is a politician hiding behind rights activism. Parliamentary privileges are special rights and immunities enjoyed by the members of the National Assembly to enable them to carry out their functions effectively and without external interference. They are conferred mainly by the common law but partly by statute. Contempt herein includes conduct that obstructs or tends to obstruct the function. Any conduct prejudicial to the proper functioning or dignity of the National Assembly can be regarded as contempt. People should take note. Madi and the likes should stop misleading Gambians.
I rest my case.