Skin bleaching can lead to cancer 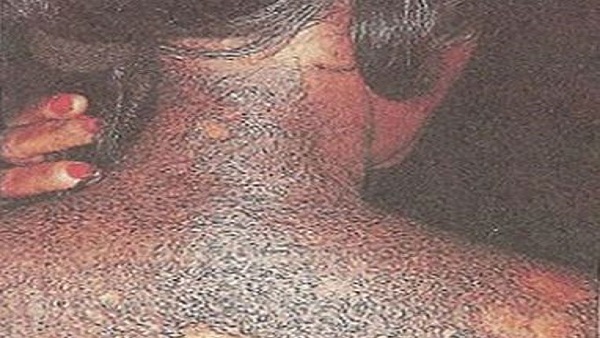 Colorism, which privileges lighter skin over darker, is an issue that affects not only African Americans but pretty much all people of color around the world.
According to an article in this newspaper, from June 26, the current government wishes to repeal the law against skin bleaching, which was forbidden by the former president, Yahya Jammeh.

It seems to be an act of ”Trumpism”, an act Donald Trump could do just because the law was instituted by the former president Barack Obama. The law against skin bleaching is there to protect our girls and women against skin deseases that can have even fatal consequences. Is this bill meant to be a step in some kind of ”popularity contest ”?
Ghana’s Food and Drugs Authority banned the sale of cosmetic products that contain the skin-bleaching ingredient hydroquinone, which has been linked to cancer, in 1996. The law is not there to be discriminatory against our girls and women. If anything it should be considered as discriminatory it is to even consider that it is okay to change the colour of one’s skin from dark brown to fair. How can an African president approve such a thing, what signals is he sending for the female citizens of The Gambia? President Barrow doesn’t seem to understand that what he says and approves is sending signals for the whole country, so he must consider the consequences of his actions before they become public.
Here is a very short list of what can happen when someone is using skin bleaching products:

Dermatitis:
Inflammatory of the skin which can give:
· blisters
· skin redness
· swelling

Nephrotic syndrome:
Is a kidney disorder which can give:
· swollen feet and ankles
· foamy urine
· loss of appetite

Different products can lead to different side effects. Constant use of skin lightening products has now proven to cause cell mutation and damage due to the absorption by the skin. These products also cause the production of free radical cells in your body that causes cancer.

Before changing any law there must be a thorough research of the consequences. Has anyone considered these? My list was short, there is much more information online. Resume this bill and instead focuse on more important things than cosmetic issues.