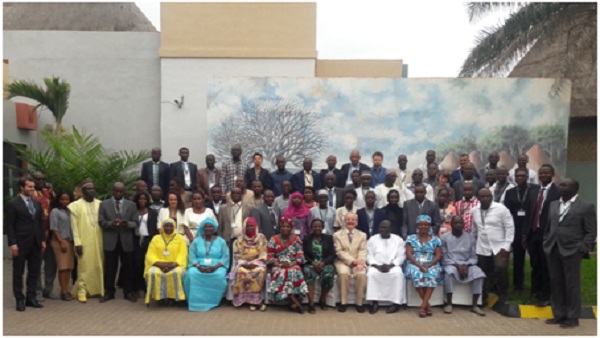 The event was funded by the United Nations Development Programme.

The day-long convergence brought together government officials, the private sector, CSOs and others.

“As a national document, the NDP outlines the priority needs of the government in the medium term and embodies the aspirations of all stakeholders, including youths, women, farmers, the private sectors, school children, the diaspora, the poor and the vulnerable,” the permanent secretary at the Ministry of Finance and Economic Affairs, Modou Secka, told the gathering.

He said: “Following the launching of the development blueprint in February 2018, it will be recalled that a pledging conference was organised in Brussels, where the international community pledged a total of USD 1.7 billion for its implementation.”

Economic commentators have long cast doubt on the realisation of the NDP, but Secka was adamant, saying its successful implementation will ensure inclusive development and by extension contribute to the attainment of The Gambia’s global and regional commitments such as SDGs and the Africa Agenda 2063.

“Thus, this annual progress report will serve as a good source of information for the voluntary national reviews of the SDGs implementation, which The Gambia is scheduled to report in 2020,” he said.

He urged the gathering to work harder to address “pending gaps” in the report.

She said the UNDP was pleased to have supported the review exercise, saying it was in line with its mandate to supporting the government to implement the NDP.

“The annual report to be validated today marks the first assessment of NDP where the government will take stock of progress, successes and challenges registered in 2018,” she stated.

She told them that proposed recommendations and lessons learnt will not only inform future reports but will also inform the work of the development partners and other stakeholders.

“The Gambia National Development Plan is the country’s first development blueprint following the change to democratic rule in December 2016.”

According to Aissata, the plan articulates key development priorities for the medium term “with a robust results-based management structure”.