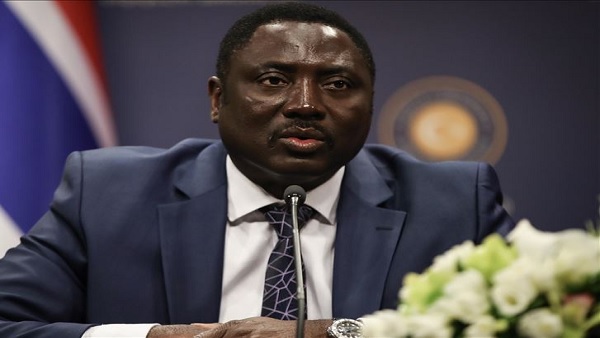 A group of Gambian migrant workers, numbering at least 60, in the UAE, have written to The Gambia Government seeking urgent repatriation to Banjul.
In a June 8th letter to Foreign Minister Tangara, and copied to The Standard, the group wrote: “Since the outbreak of Covid-19 many Gambians living in the United Arab Emirates struggle to even have food to eat and things are getting worse. Many of us came to the UAE on visitor’s visas with the intention of finding work but the expiration of our visas and the Covid-19 pandemic have shattered our plans. Companies we had hoped to work for are now downsizing their staff.

“Many of us have been jobless for almost four months, making it difficult to get income for basic necessities like food and rent, forcing many to survive at the mercy of good Samaritans. We are desperately seeking assistance from your ministry to return home. Some of us with cancelled resident visas due to job loss can either leave the country or change status of our visas at a cost of D35,000 which is unaffordable.

“We contacted [The Gambia] Embassy which asked us to send a list of Gambians requesting to return home. We submitted a list of 60 names and officials said they forwarded our concerns to the Ministry of Foreign Affairs [in Banjul], but since then we have not heard anything concrete. It shocks us to see other countries repatriating their citizens while we continue to suffer helplessly. Countries like India, Pakistan, Nigeria and Ethiopia have between them repatriated over 90,000 people since the outbreak of Covid-19. This has left us confused and devastated.

“The UAE government recently announced its willingness to work with governments to repatriate their citizens. Therefore, we are counting on your ministry to help us return home,” the letter added.

Meanwhile, in a sign of increasing desperation, the group yesterday wrote a petition letter to the Gambian ambassador in Dubai, Fansu Bojang, saying some of them have become homeless and urged the embassy to “mediate in facilitating a flight” for them. “Our government is our only hope right now,” they pleaded.

‘Financially constrained’
A spokesperson of the Foreign Ministry in Banjul has said although the government is “very concerned” about Gambians stranded around the world, it cannot afford to finance the airlifting of all those who want to return home.

“The issue is finance. We know that we have a lot of Gambians stranded in different countries but if the government were to airlift people from one particular country, what about the others? And after all, what you should consider as at now is that there is a pandemic. Some countries are highly infected and you have to have a lot of measures in place to be able to bring in these people. So a lot is at stake including lives and it requires a lot of funds,” Saikou Ceesay told The Standard yesterday.