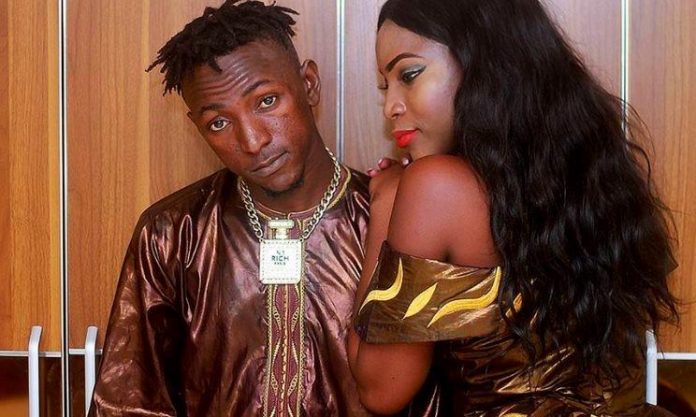 The management of the famous Gambian rapper over the weekend issued a statement clarifying what it called a misunderstanding between the star and his wife which was making rounds on the internet.

This followed an allegation made by the wife Binta Tamba on Instagram claiming that she was beaten by ST, leading to her miscarriage.

A screenshot of the message was shared widely online, causing great embarrassment to the much-liked musician and a renewed debate on domestic violence.

The matter got so widespread that it prompted this statement from the ST management:
“We write to express our regrets about the unfortunate misunderstanding between ST and his wife which as a result is taking rounds on social media.

ST and Binta are two loving and committed partners who have been living together for many years.

Marriage is a sacred institution and comes with its lows and highs and their marriage is no different especially between two partners who choose to live together as a married couple.

ST and Binta are role models in our society who are using their voices, platforms and resources to advocate for change through their music and foundation.

ST is an advocate for women empowerment and has manifested this through his music and community initiatives.

He is not a violent or aggressive partner and he strongly condemns domestic violence in all its forms in the strongest of terms.

He chose to resolve this misunderstanding privately and asks that you respect their privacy and decisions”.

“Fisher folks in The Gambia face numerous barriers that prevent them from sustainably addressing the impacts of climate change on fisheries and aquaculture'' FAOR,...
Read more
News

March 2, 2021
“Fisher folks in The Gambia face numerous barriers that prevent them from sustainably addressing the impacts of climate change on fisheries and aquaculture'' FAOR,...