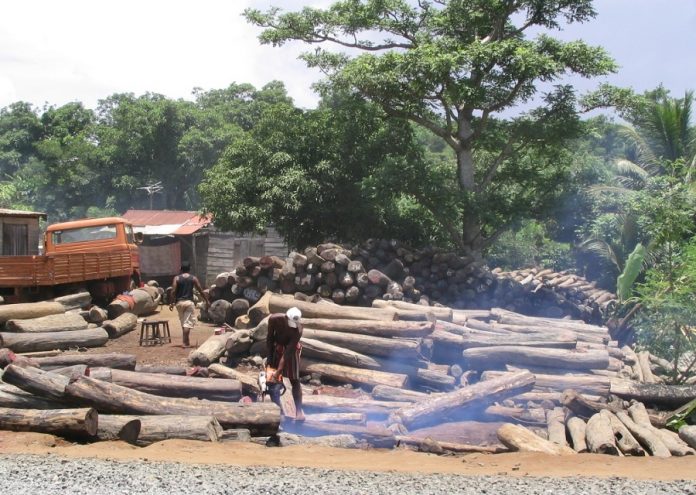 Trial International, Swiss-based rights watchdog, has filed a criminal complaint against a former associate of ex-president Yahya Jammeh, Nicolae Bogdan Buzaianu, over illegal timber trade. The rights-watchdog filed its complaint with the Swiss Office of the Attorney General accusing Buzaianu of having pillaged conflict timber. Buzaianu is a Swiss national of Romanian descent. He renounced his Romanian citizenship after becoming a Swiss national.

“We learned that the MFDC issued transport permits that allowed the traders to move the timber across Casamance, through territory controlled by the MFDC. These permits were then shown to officials in The Gambia to prove that the rosewood was, indeed, not Gambian,” said Ferrer, Trial International’s lead investigator.

“We obtained a number of these permits dated between 2014 and 2016 showing that they were issued in villages controlled by the MFDC,” he added
A 2-year investigation by Gambian authorities hasJammeh. Between June 2014 and March 2017, Westwood, a Gambian company owned by entities affiliated to Mr. Buzaianu and former President Jammeh, allegedly exported over 315 million tons of Pterocarpus erinaceus to China (roughly equivalent to USD 163 million).

Investigations by Trial International uncovered that rosewood species was illegally harvested from the neighboring Casamance region, where the armed group the Mouvement des forces démocratiques de Casamance (MFDC), has been fighting the Senegalese army since the 1990s.

According to Trial International’s report released on Monday, the MFDC was able to monopolise the timber trade in Lower Casamance, with Jammeh as an ally, and using its profits to finance its armed struggle.

The international rights watchdogsaid Westwood benefited generously from this trade, transferring its profits to individuals and companies associated with Former President Jammeh and Mr. Buzaianu.

Gambian rosewood was nearly depleted since 2011. Recently, the BBC Africa Eye’s documentary titled“The Trees that Bleed” highlightedhow rosewood is smuggled from Senegal into Gambia showing the role of the Casamance rebels in the timber trade.
“Exploiting natural resources from a conflict zone is a war crime that must be punished. Without the pillaging of natural resources, many armed groups would have no means of financing their wars,” said Montse Ferrer, Senior Legal Advisor and Corporate Accountability Coordinator at TRIAL International.

“We have waited until today to go public because we wanted to give the Swiss prosecutorial authorities sufficient time to review the evidence and take decisive action against Mr. Buzaianu. We are hopeful that these steps have been taken and that the OAG is investigating the matter,” she added.