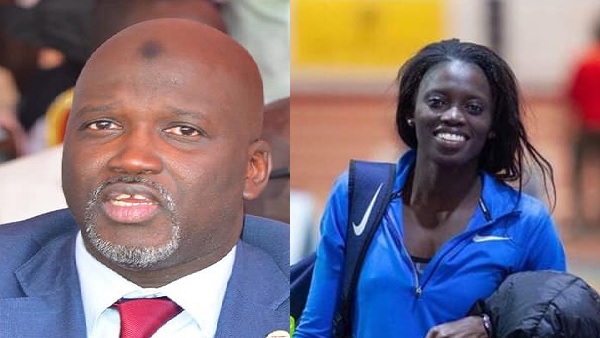 Attorney General and Minister of Justice Abubacarr Tambadou and Gambian sprinter Gina Bass have respectively won the man and woman of the year awards at Saturday’s Fatu Network Heroes Awards.

They were unveiled at a colourful award and gala night at the Coco Ocean Resort and graced by the First Lady of Sierra Leone Fatima Maada Bio.
The TFN Heroes Awards is established by The Fatu Network to commend and celebrate valuable contributions of Gambians to the development of their country.

Tambadou and Bass were awarded in recognition of their sheer hard work, determination and invaluable service to the country during the past year.
While Gina was awarded for her exemplary and high sense of character on and off the track, Tambadou was hailed for his giant strides in the promotion and protection of human rights.

Gina, 24, is the current African 200 meters champion after she emerged with a gold medal at the 2019 African Games in Morocco becoming the most successive sporting achievement for The Gambia in recent times.

Tambadou, 47, who brought Aung San Suu Kyi to The Hague,accusing her country’s military of committing genocide, was hailed as an international pariah under whose guide Gambia made first international legal attempt to hold Myanmar accountable for the alleged persecution of Rohingya Muslims and filed a case before the International Court of Justice.
The Gambia won the case and the Court ordered Myanmar to halt all atrocities and take measures to protect the Rohingya community.

Winners from other categories include Sir Dawda Jawara, Yunus Hydara, Isatou Sanyang of GADHOH, among others.