The tensions that make or unmake a man

By Suruwa B. Wawa Jaiteh

Every society evolves for itself a social philosophy, which although not formulated in any of our development outlines, should constitute the mainspring of our national motivation.

This philosophy is supposed to be hammered out of our collective experiences as a people, our most pressing needs and the thoughts of our many leaders and thinkers. This philosophy must also be intimately linked with what we think of ourselves, our nature and our end.

And so as we grow and begin to evolve our philosophy of society and of human living, it is extremely important that we dwell on the nature of man, what he is, and why he is on earth. Is he merely a chance happening, on a chance journey which leads nowhere? Is there meaning to man, to life and man’s work on earth? Is there eternal purpose in his being?

It will not do either to brush aside these questions as inconsequential, better left alone because unsolvable. It will not do to say that it is more important to get along with living than with knowing why we live. For if we do not know why we live and/or our purpose in life at this crucial point in our national history, then how can we know whether we are getting along?

Over the years this question has been discussed and argued back and forth. And there is one broad statement on which all agree. We, men/women/human beings, are in this world for our welfare. Whether we believe in Allah or not, whether we believe in an immortal soul or not, it is quite difficult to argue against the proposition that we are in this world somehow for our welfare. The argument begins when our welfare is interpreted.

And this argument of course leads back to the question of our nature as man. Since we cannot write treatises, we need to look at one aspect of the question. Is man principally an individual being, or is he principally social being?

The man who can solve the tension properly solves the problem of his personality, the man who fails, fails also as a human being. The same is true of society. The society that solves the conflict between the social and the individual achieves success, the society that fails to do this is doomed.

Hence we have the individualistic solution. A person retreats into himself and indulges in society on a purely eclectic and selfish basis.

He partakes of society to the extent that it helps his individual ends, no more. Since society cannot be blanked out by assuming such an attitude, and since a conscience must be salved to complete the resolution of the tension, then the individualist must argue that it is precisely by seeking one’s individual ends with unremitting constancy that society in fact will prosper most.

Typical of this position is Adam Smith’s “invisible hand” that happily regulates the economy by everyone seeking his individual profit through unlimited competition. In the wake of this idea is Spencer’s concept of social evolution by which social institutions are improved through struggle and conflict and the subsequent survival of the fittest.

In these doctrines we have the canonization of the selfish man and his absolution from all responsibility towards other men. The doctrine is attractive because it is easy and because it so decisively breaks the tension between the social and the individual.
But the problem is that it is no solution. The tension is broken, but in the breaking of it a monster is produced. Instead of a recognizable man, we have a blind grasping thing which feeds on everything around it and returns nothing but its excretion.

And so as this type of being proceeds to gnaw away at society and to destroy it, society like anybody reacts to this cancer and sets up the mechanisms for its destruction. The reaction is the destruction of the opposite force. The individual drive must be curbed! Forces in society set up the reaction process and a socialist philosophy is developed. The individual is evil.

But this again is hardly a solution. It is the denial of something that is, and always will be. There can be no suppression of the individual without the destruction of the very forces that can move a society. All that has been done is to deny the problem, not to solve it.

An assessment of freedom of expression in The Gambia; post-Jammeh 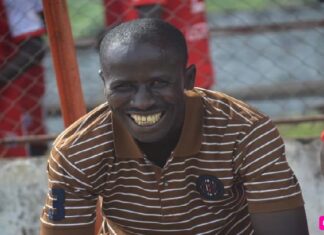