Thanks Harona Drammeh for the panel discussion on the new constitution 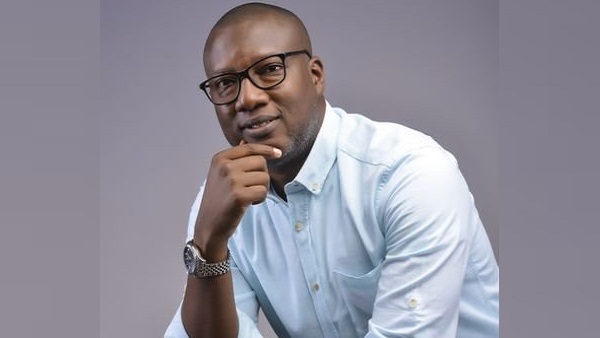 Saturday night was quite an interesting watch on Paradise TV, moderated by Mr. Harona Drammeh where some of Gambia’s brightest minds dissected the merits and demerits of the controversial new draft constitution slated for approval, god knows when. The two hour long discussion of the six panelists or seven (including Lawyer Ousainu Darboe’s recorded tape) ended up leaving me with one conclusion; that, again, Dr. Lamin Darbo who first blew the whistle over the dishonesty of the drafters for submitting a “new constitution” that was not necessarily new, once again won my heart for his scholarliness and consistency. As far as I am concerned, his argument, rooted on legal evidence from thoroughly studying the new constitution contradicts the intended spirit of establishing and reinforcing a meaningful democracy. He was adamant and persuasive in stating the substandard work produced by the CRC and therefore deemed it unacceptable despite his advocacy for a better constitution than the 1997 version. He indeed demonstrated a sharper eagle eye on the contents of the document than most of his fellow panelists. That couldn’t be better proven when everybody turned sentimental and argued that the two-five-year-presidential term limit should be retroactive and he showed us the illegality behind that consensus. Most of his critics have in fact been frustrated for raising an argument that they fear might delay or derail the whole effort, time and resources invested in the draft document, that “must” be approved instantly before the 2021 general election. I see him trying to avoid repeating history in that, if we want to replace a bad constitution just to expedite a political objective, and not because we have a reasonably good one, the chances of another government coming tomorrow to commission another CRC to draft a better one remains probable. Hence, I am with him against the rest of the panelists in rejecting this “plagiarized” one and go for another. The drafters screwed up big time and should be asked for a REFUND.
As for Professor Dr. Abdoulie Saine, he started as the perfect intellectual I expected, totally disagreeing with Dr. Lamin Darbo’s verdict which otherwise would have portrayed him as endorsing a brilliant discovery that didn’t originate from him. I am short of words to call it intellectual jealousy but it could be close.

He described the draft constitution as an excellent work, commending the drafters for their great diligence and outstanding result. Illustrated in a typical professor’s language, it was like listening to a lecture delivered to a class of dazed college students in constitutional drafting 101. For a while, he sounded as someone protecting an interest especially after being introduced like a potential candidate earmarked to subsequently reform the Gambia’s educational, diplomatic, security and of course political system given his vast experience and educational background, glaringly read by anchorman Mr. Drammeh.

That was until he threw a monkey wrench in the wheels by pointing to the dangers in the constitution seemingly promoting “dictatorship of the majority”. That the emphasis in the document in favor of the majority Muslims, tend to discriminate against the minority religions that he said was wrong, further stressing that such prejudice probably influenced the sentiment that excluded a christian among the invited panelists. The unexpected analogy seemed to have hit Mr. Drammeh like a freight train. The professor took the “secularism” topic to another realm utterly new to everyone but very comfortable for him to expound on.

Anyway in the later part and according to the clauses highlighted, the notion of religious prejudice in the constitution, regardless of the “secularism” debate, appears none existent.
I think Dr. Saine’s fear of the “dictatorship of the majority”, often predicated on a wrong premise, would have withstood any scrutiny if he had fashioned it around tribal politics and ready to defend it holistically. Arguing that a nation can even vote a government based not on complying with the benchmark of a perfectly tailored constitution but on the dominance of a tribes who may be less tolerant to minorities would have been defendable.

Well, as an ordinary soldier whose fundamental educational background was sculptured in military schools, questioning the reasoning of the professor will be inconceivable; but what I know to prevail all over the world including the best models of governments in the West, democracy, defined as government by the people, has in most cases been corrupted by tribal partisanship. For instance, except in the case of Barack Obama, no presidential candidate in the USA had ever won general election without being an Irish descendant because of their predominance in the voting population.

In England, France, Germany, name it, there is always a group of identifiable people sharing a unique common heritage, culture or language that always hold the entitlement card to the leadership throne. Not to mention Asian nations where none Mongoloids are not only marginalized and excluded but are persecuted for looking, acting and talking differently.

Can you imagine if Western democracies had not limited their political parties to two or few and allowed the creation of many more? Many tribal parties would have emerged just to be heard and recognized if they think they can use it to bargain on it.

So in the Gambia, like most African nations, we often pretend that it doesn’t exist but our most vibrant political parties since colonial days were created on religious or tribal lines. I don’t want to go into listing them, but the sincere Gambians know what I am talking about. To conclude, I will briefly shift to the important points underscored by Hon. Ya Kumba Jaiteh and Dr. Ismaila Ceesay who both sounded alike to me. They seem dogmatically determined not to lose the opportunity provided by the new constitution to kick Adama Barrow out of office and were tone-deaf on Dr. Lamin Darbo’s rationalization; and if they can’t vote him out, passing the document will still arm them with all the ammunition to give him hell in office. Yes, with the new constitution prescribing absolute majority to determine a winner in the next general election, it will be hard for Barrow’s NPP to win. By the same token, if he happens to win, the “checks and balances” will virtually render his administration ineffectual.

What many people against his government were fearing that he could doctor the draft constitution before forwarding it to the National Assembly has been clarified as an act beyond his authority. Which essentially tells us that he can only look and forward it to the lawmakers.

Taking hints from Ya Kumba Jaiteh, I am now assuming that the NAMs, the majority of whom are UDP supporters, if not lobbied into swinging the votes, will quickly amend one or two irregularities and approve the document for referendum. The issue of how to choose a speaker outside the elected body seems to be the only sticking point to get the “perfect constitution” they need.

Dr. Ceesay couldn’t express the urgency of achieving their objective more when he emphasized the need to disregard the imperfection of the draft constitution and pass it before defeating the purpose of the transition. How do I interpret that? That Barrow shouldn’t stay in power beyond two terms of 10 years, an opinion shared by all panelists except Dr. Lamin Darbo who pointed to its illegal interpretation. That the president’s election victory must be based on absolute majority which is expected to end self-perpetuating rule.

I think Barrow derailed the purpose of the transition the day he was sworn into office in Dakar, Senegal. His self-perpetuating rule started that day when he cast away the three-years coalition agreement for five years justifying it on an article in the 1997 constitution that was under review for its inadequacy. Nothing could be done about it other than to simply complain endlessly. He hires and fires willy nilly, an attribute of the “ousted dictator” and still enjoys the support of many Gambians.

In the end I totally agree with one of the panelists who said that this whole tug-of war about a good constitution is undeniably for the benefit of the political elite comprised of the big wigs in the executive, judiciary and legislature. That the rest of the masses don’t even understand what is going on and don’t give a heck.

If Barrow is aware of this reality and knows how and where to invest the huge resources at his disposal to fulfill the 15 years leadership he has been assured by his crystal gazers as the period he will rule the Gambia, then I think he will continue to care less and do what suits him best.

I found Mr. Harona Drammeh very discriminatory for not inviting a member of the security forces in the panel. Yes, Dr. Saine, the expert on Gambia’s security-sector reform was enough; but like most of our intellectuals and political leaders, he never talks about, the foreign military presence in the country as if there is nothing to worry about it when it is the 800 pound gorilla in the room we should be most concerned with.

What is the new constitution saying about the foreign troops on the payroll of France with most of them coming from the Senegalese armed forces? The Presidential guard was also quietly taken over by the Senegalese Gendarmerie. Barrow says these forces are in the country to support his presidency which is the hard fact. If they are not happy with the trajectory of Gambia’s political future up to where it becomes a national crisis, where would their loyalty lie? The dreamed security sector reform we are told to wait for over three years, is now a nightmare with soldiers manifesting a level of indiscipline, bordering on a national crisis. The Senegalese have vowed not to support any government in the Gambia again that doesn’t see eye to eye with their government. Do we in fact, have any control over their presence in the country anymore? Yet still our constitutionalists, lawmakers, politicians and activists continue to remain mute about this critical situation. WHY?
Thanks Mr. Harona Drammeh for job well done. I am expecting more of these discussions that will address the security issue. The PPP days seem to be back when our military was marginalized by foreign forces for underrating their abilities and intelligence.