The collapse of social capital in Gambia 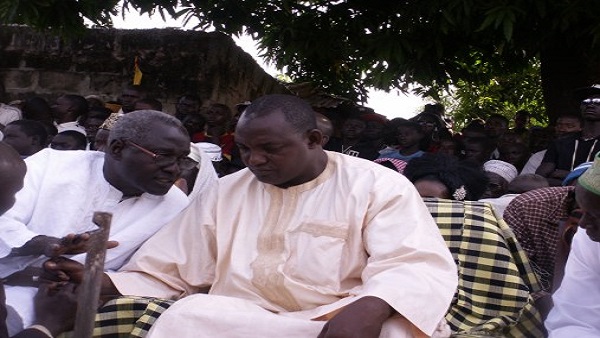 In social studies, more so contextual Senegambia society and politics, social capital could be termed as the ability of people to work together for common purposes. It refers to norms and networks that enable group collaboration to address problems in an effort to achieve common goals. This way of thinking contends that social relationships are resources that can lead to the development and accumulation of human capital.
With no one standard definition as such, US political scientist, Francis Fukuyama, puts that, “social capital is the existence of a certain set of informal values or norms shared among members of a group that permit cooperation among them”.

In The Gambia’s traditional values-oriented society, social capital here means the willingness of people to help each other. The idea often replaces money which people would use to buy the same help. A clearway to measure such capital has to do with trust borne out of logic that people who trust the help they need, will in turn favour and help others more. It is as simple as that!

In a speech to his party’s fateful, the country’s foremost thinker on societal disaffection, member of parliament for Serekunda, Halifa Sallah, made case for,“amenities within local communities as means of everyday social use”. That include football fields, recreational parks, libraries, community centres, and so forth, catering to local needs. But there seems to be a somewhat social disconnect in the great Gambia story confounded by a myriad of pressing needs – of which lack of bold, visionary leadership is central.

So what account for this?
As recent as the 1990s,The Gambia was a heavenly oasis that exemplifies simplicity. A Muslim majority country of people and places and cultures addicted to good farm work. Much of which has some what disappeared: Today, the agricultural sector has been decimated, left to rot in places at the hands of older citizens, but for lack of ethics and sincerity. Where is the futuristic decision-making plans from central, as well as devolved administrations?

Breakdown of marriage – In my view, there exists a link between lack of sincerity in our daily interactions to the high rate of breakdown in marriages. The ascendancy of Facebook social media instant connections has conspired in the breakdown of many a marriage. There seems to be a somewhat social disconnect in society as to what constitutes marriage. Various factors account for that, of which social media advances has helped to pollute the marriage scene. The happy home continues to elude many a couple today as a result of changing attitudes, and alien cultures invading on the scene.

Are there any fixes?
Yes. The solution to Gambia’s problems cannot be ignored any longer. It starts with restoration of ethics in leadership given a crisis of moral clarity in society. The toolkit once available to decision makers in the olden days has become rather obsolete reflective of the times. The issues are complex and many which cannot be tackled in isolation, requires multi-pronged dimensional approaches, even regional cooperation. The situation calls for credible leaders exposed to the world in tune with its historical depth:

The country need implement monthly social safety net payments to poor families give them fighting chance on social mobility. That involves free education up to minimum high school, strategize for computer science technicians, doctors, carpenters, architects and engineers. That requires qualified teachers, and an attitude shift for a young generation intolerant to authority. Gambian youth will need to take advantage of opportunities at hand, rush to train for new skills toward gainful development.

A good marriage has been the glue that tie and bind the society together. Marriage is such a unifying lever, it connects towards serenity, creates happy home. It is such a life-changing contract with high obligations, built on foundations of love and “patience”. Some Gambian men are so foolish – wandering eyed – ever too quick to condemn innocent women to divorce situations as soon as a new “shiny object” arrives on the scene. The high rate of divorce is concerning. Requires elderly advice, education as to etiquettes and expectations before new couples take on the plunge.

The country does not need anymore lawyers or journalists, but hands dirty type trades if there ever was to be any meaning progress. It means more young Gambians trained as agriculturists aiming on food self-sufficiency. Despite his failings, credit to former president Jammeh on the Songhai agriculture centre in Chamen. The fact that we now have a president who never bothers to stress the importance of farming or food self-sufficiency to the economy is a telling comparison. If President Barrow wants to be taken seriously, let him get UP on food security as to what a serious politician ought to be.

Civilisation seems somehow stuck as if unable to project the African dream any much higher. The failure of successive governments to address complexities posed by poor sanitation and overcrowded cities is enough to strike a cough. Rather than traffic in publicity stunts, The Gambia and Africa require governments that inspire the population on architectural landscapes urban development, new cities, food security, education, shiny health facilities and prisons.

The foundations of state as laid by former president, Alhaji Dawda Jawara, remain successful to this day; and the formula by which to attain rapid accelerated national development.
A major question of our time is what sort of legacy does President Barrow wish to be remembered at the expiry of his term, by this and later generations?
Twitter: @gibbysaine