The day of the African Child 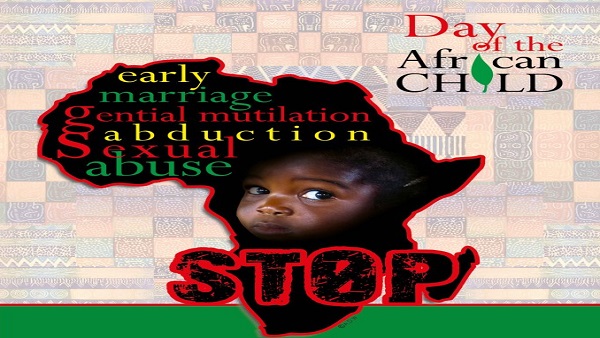 June 16 is internationally known as the day of the African Child. Africa’s population is projected to double by 2050 to 2.4 billion people.

With it’s rapidly growing population, over 60% is the youth below the age of 25.

Despite its large pool of natural and human resources, the continent still faces a number of challenges ranging from corruption, poverty, civil unrest and war, gender inequality and many more.

Throughout these challenges, the African youth and African Children suffer the most, their needs and obstacles are not taken into account and their contributions to tackling Africa’s problems are overlooked.

Yet, youths are the ones leading the movement to change for a better Africa.

The African child must not be seen as a “problem to be solved” by governments or international bodies.

The African child must be seen as an equal player in the continent’s development..

To many African youths, this day inspires hope.

On June 16th, 1976, it took the loss of lives of hundreds of children for their voices to be heard, are we not dying enough?

Nelson Mandela said; “One way that we can build a better future for children is by empowering them through allowing them to speak up for themselves.

Of course, we as adults have to guide them and to take ultimate responsibility but that is something quite different from patronizing them.

The rights of children must, importantly, include the right to be themselves and to talk for themselves.”

As we commemorate the Day of the African Child, these words ring true for our continent.

Children represent a renewed strength and vigour that is critical to sustaining the momentum as we look towards a more inclusive and prosperous continent.

If we must progress, we cannot afford to neglect their authentic voices – particularly the girl child, who is often left behind.

From enacting laws to shaping cultural norms, we have a binding responsibility to seek and treasure the input of African children.

If you are not alive to the fact, well, smell the coffee and wake up because electioneering in The Gambia has begun in earnest....
Read more
Editor's Choice

Gambia’s crumbling health system: Is it not time to focus on our hospitals?

At a time when opponents in politics are busy bandying around claims or down-playing allegations of political maneuverings in millions of Dalasi, the Kanifing...
Read more
- Advertisment -