The more things change in The Gambia, the more they seem to stay the same 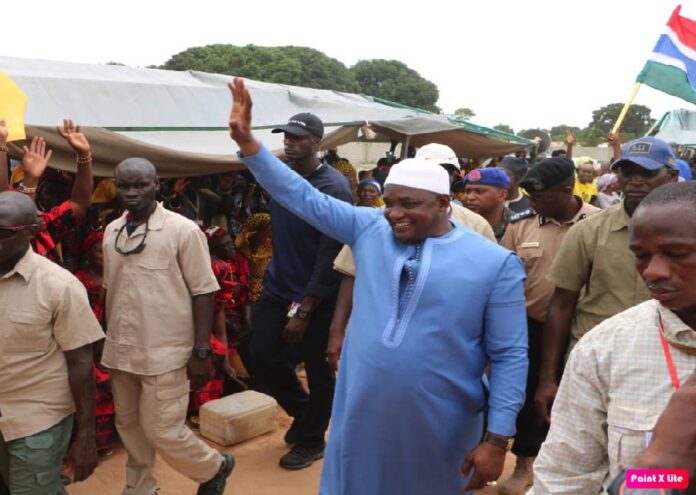 By Demba A. Jawo

The common saying; “the more things change, the more they stay the same” seems to be quite well applicable to The Gambia at this very moment. This is because we are not only every day seeing a replica of the things that the Yahya Jammeh dictatorship had been doing, but some of them are even more blatant.

When Gambians enthusiastically came out in their large numbers on December 1, 2016 to vote in the presidential elections, their objective was not only to get rid of a dictatorship that had turned this country into a pariah state despised by the civilised world, but to also change its socio-political trajectory. The question therefore is whether we have achieved that objective, and the answer, it seems, is in the negative. We have not only seem to be very far away from achieving that objective, but instead we seem to be heading the opposite direction, repeating virtually everything from the Yahya Jammeh playbook.

We have been witnessing, for instance, the frequent meetings at the State House, using state facilities and resources, by people mobilized from the regions to eulogise and sing praises of President Adama Barrow, exactly as used to be done by former President Jammeh.

We have also seen how the annual Meet the People’s Tour, which is paid for from pubic funds, being virtually transformed into a full-blooded political jamboree, with all the speakers being carefully chosen and being encouraged to urge the people to support President Barrow’s National People’s Party (NPP), and spending most of the time receiving people purported to have crossed-carpeted from the opposition parties, instead of talking about the problems of the farmers and the rural dwellers. President Barrow himself making all sort of promises, assuring the people, wherever he went, that he would bring them all the developments that they failed to get during the Jawara and Jammeh regimes, although not telling them where he is going to get the funds to achieve that. We have also seen cabinet ministers and some senior civil servants, instead of concentrating on their areas of official responsibility, talking and behaving like they are on the campaign trail on behalf of the NPP. A good example is the Minister of Tourism and Culture, Hamat Bah, who has constantly been calling on the people to join the NPP and support President Barrow’s political agenda, behaving exactly like a campaign manager instead of a cabinet minister with specific official responsibilities. One would even wonder whether he has now abandoned his own party in favour of the NPP, apparently just because he wants to maintain his privileged position. We also heard the Governor of the North Bank Region, Lamin Saidykhan, for instance, during one of the meetings in his area, calling on the people to join the NPP bus and support President Barrow’s political agenda before it is too late, clearly violating his political neutrality as a senior civil servant.

We have also seen how several government vehicles have been mobilised to transport several hundreds of people, mainly militants and supporters of the NPP, to accompany the President on the ‘Meet the People’s Tour’, no doubt being fed and accommodated at the expense of the state while they are purely engaged in political matters on behalf of the NPP. Most of them have been putting on NPP ashobi with President Barrow’s photo on it, making the atmosphere look more like a political campaign than a constitutionally mandated official tour.

Another clear copycat of the Yahya Jammeh style is the use (or misuse) of the public-financed Gambia Radio and Television Services (GRTS), using several hours of airtime to broadcast both the State House meetings and the other political functions by President Barrow and his NPP, when the activities of the opposition are hardly covered by the GRTS; exactly as used to be the norm in the Yahya Jammeh era.

It is certainly unfair for the NPP to be given unlimited access to the public media and deny such privileges to the opposition who are also taxpayers. A good example is the on-going congress by the United Democratic Party (UDP), which was virtually ignored by the GRTS. This is one area that Gambians had constantly complained about during the Jammeh regime and as such, many people are quite let down that the Barrow regime, which came to power with a promise to change the political trajectory would now be engaged in such unfair tactics. In Senegal, for instance, every time President Macky Sall and his ruling party have a public event, they would pay the private media for coverage instead of using the public media, and why would President Barrow and his NPP not do a similar thing rather than using public facilities for his personal political benefit?

Just as someone recently said, we are presently in the ‘political transfer window’ in this country, with people crisscrossing from one party to the other in anticipation of the 2021 presidential elections. It is however not quite surprising that most of the transfers are heading to the NPP, apparently because it has more access to resources and other incumbency advantages. In addition, it appears that the biggest victim of those carpet crossings is the Gambia Democratic Congress (GDC), which seems to have virtually been depleted of its senior ranks by those carpet-crossings.

One may however tend to ask why it is the GDC, which seems to be the biggest victim of such defections to the NPP. The answer probably is that both the GDC and the NPP seem to have virtually the same recruitment constituency; mainly the Fulas and Serahules. However, the NPP being the one with more resources and other advantages is no doubt much more attractive for those seeking money and other privileges. Therefore, at the rate it continues to lose its members to the NPP, it is hard to see how the GDC can continue to exist as a credible party or even survive by the next presidential elections.

However, while President Barrow and his NPP seem to be on Cloud 9 with these carpet crossings, let us hope that they would not lose sight of the high possibility of the bubble getting burst sooner rather than later. It is quite obvious that most of those joining the NPP are being enticed by either money, employment opportunities or other privileges, and therefore, it may be just a matter of time before the NPP gets bloated at the very top and they would soon begin to elbow each other out in jockeying for positions in the executive. It would therefore not be a surprise if in fighting begins to creep in among the top echelons for positions of authority, with each new member expecting more attention than they could get, eventually leading to disaffection and a possible slowdown of its growth and development. While the party has access to a lot resources and funding from business tycoons competing for President Barrow’s attention, for quite obvious reasons, the NPP may not have what it takes to satisfy the greed and high expectations of all those rushing to join its ranks.

Another issue of concern to many Gambians is the decision to invite former Nigerian President Goodluck Jonathan to come and help The Gambia get out of the constitutional impasse we seem to have carelessly boxed ourselves in. It is quite obvious that the rejection of the Draft Constitution by the National Assembly was orchestrated from State House, and it appears that, as a result of pressure being applied on the government by development partners, President Barrow now desperately wants to find a way out of it. There was absolutely no justification to encourage his supporters in the National Assembly to vote against the Draft simply because he objected to certain clauses.

However, rather than seeking foreign intervention, the first thing that he should have done was to call the leaders of the different political parties to a round-table discussion about the issue. This is a Gambian problem, orchestrated by Gambians, and there is no reason why we cannot resolve it amongst ourselves without foreign intervention.

While President Jonathan’s negotiating skills are not in doubt, however, the best approach should have been for the government to engage the different stakeholders to discuss the issue. Obviously, if President Barrow had engaged the leaders of the political parties and other stakeholders on the issue that would have clearly demonstrated to them that he values their contributions to national development. However, by seemingly sidelining them and going all the way to Nigeria to get someone to help resolve the problem, then he seems to be sending a clear message to them that he does not have much regard for their ability to maturely deal with national issues. This is therefore likely to have a negative impact on the attempt to find a solution to the problem. It is in fact quite possible that if anything is removed or added to the original Draft, some of those who voted for it the last time may this time round vote against it, and that would send us back to square one. It is therefore necessary that President Barrow and his government handle the issue with the utmost tact in order not to upset the apple cart.

The author, a native of Niamina, is a veteran Gambian journalist and former Minister of Information and Communication Infrastructure.

- Advertisement -
Share
Facebook
Twitter
Pinterest
WhatsApp
Previous articleLetters: Any attempt to politically ‘doctor’ the [2020] Draft Constitution in the name of so-called ‘consensus building’ should not be entertained
Next articleThe great fall of Trumpty Dumpty The 46th President-elect ‘Team Biden-Harris’ will have to beat the virus, rebuild the American economy, heal the national divisions, and work must be taken seriously again.
Join The Conversation

By Batou Saidy In contemporary Gambia, politics is apparently the universal set of all these frequent frenzy fusses. Avalanche of attacks, avatar of disarrays, jibes...
Read more
Opinions

By Saidina Alieu Jarjou It is no doubt that there are few sectors in The Gambia which are crucial in our day-to-day life – one...
Read more
Opinions

One really need not have a vested interest in the subject matter nor even have a skin in the game one way or another...
Read more
- Advertisment -