The Niumi-Barra tragedy: Our tragedy, their creation and imposition 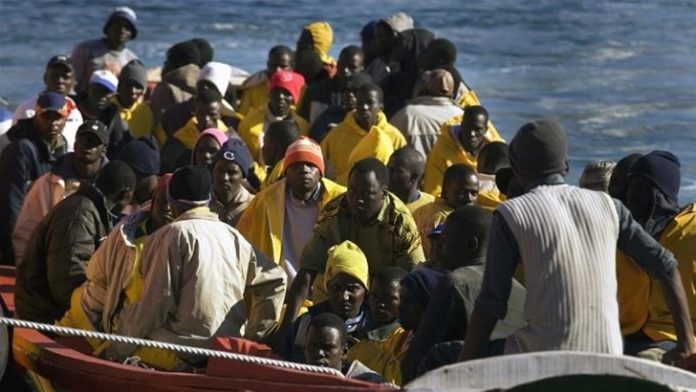 It has been called a national tragedy, and indeed I do not intend to denigrate it to a regional tragedy. But being a permanent resident of Niumi, a place I hold dear to my heart, perhaps I am very much qualified to speak of this as our tragedy. It was the point of departure and we have lost decent sons and daughters. Therefore, this is a Barra-Niumi tragedy. But being part of the age group mostly affected by this tragedy makes it my tragedy. However, being formally employed makes me a kind of outsider to the victims. But we must remember that there are even fire officers who died, they were formally employed. They were ‘junior’ officers, a euphemism for poorly paid employees. Therefore, this is our tragedy, the tragedy of the youth, the tragedy of junior employees, the tragedy of struggling families. It is a national tragedy only from this perspective. It is not a national tragedy as portrayed by the elites and by the government. For them, it is laziness which drives the youth away. We want it easy. For the government, everything is well here. Even if everything is not OK, it has created the environment for everyone to thrive. What a tragic thinking.

When Ado-the Messiah, Inheritor of the Secrets and Powers of Babili addressed the nation, he was very clear. “The strong hope in our new found democracy should not be dampened by the activities of unscrupulous people. We want our youth to stay in the country and exploit the economic potentials available to them at home”. The Messiah had claimed that the only trade he is well acquainted with is business. But in assuming that the unscrupulous dealers are abusing our democracy to risk the lives of our youth, he has neglected the law of supply and demand. His claim is not true. Even in the height of the dictatorship, people left this country. Therefore the migration has nothing to do with our ‘new democracy’. If anything, it shows that our democracy has not been developmental. This tragedy is an inheritance that his government has maintained and continues to superimpose on our people. This government has continued “the politics and policy of the past”.

I ask Ado the Messiah to name a single opportunity created in Barra for the youth of the village. For half a century, the only opportunity for the youth has been what is inherited from the ancestors, seafaring. With the dwindling fish stock, that trade is no longer viable. For the captains plying Barra-Banjul, they only transport materials or passengers when the ferry has a breakdown. Otherwise it’s the Niuminkas alone who board the boats. What is there for the youth in the closest village to Banjul, yet the hardest to reach? 5 years ago, the Human Development Report stated that heads of households “employed in the agricultural and fishing sector exhibit higher poverty rates”. Can the government give us updated data on the situation? How many farmers have been emancipated from poverty by the Agric Ministry? The youth who embarked on the journey, many of them breadwinners, know that this government has not changed things. In fact when Ado the Messiah went to meet The People, his senior and beloved disciple, Hamat had nothing to say except that they have a hotel for Barra. Paradoxically, people were so much that they could not lay the foundation stone said Hamat, the disciple. Didn’t the disciple get the revelation that serious tourists are talking about space tourism?

Now I ask the Ministry of Youth and Sports to mention a single opportunity created in Barra or the surrounding villages. I ask the entire government to name any sustainable project that they have created in Barra or Essau, Madina Kanuma or Mayambar, Mbolet Baa or Mbolet Nding. If they do, I will pack my baggage, resign from my job and go back home. We must remember that according to the Integrated Household Survey of 2010, “73% of all rural dwellers are absolutely poor [living below 50dalasis per day]”. I have been informed that this remains unchanged as disclosed at the launching of the human development report. This is why the rural dwellers migrate to the urban areas and outside the country.

Furthermore, it is usually assumed that the uneducated are those unemployed and mainly become the migrants. But the 2014 National Human Development Report stated that “transition from school to work is particularly difficult for the youth in The Gambia as they seek to enter the labour market facing two critical challenges- inadequate skills and a scarcity of jobs. Consequently unemployment rates are high. Furthermore, the 2014 report had stated that Gambian youth do seek job opportunities in the country before attempting to migrate. The situation could not have been better portrayed than done in the Education Review Document of 2011 where “57% of graduates could not find employment”.

Interestingly a good number of the few that do occasionally fine jobs are part of “the 40% of employees living below 1.25 dollar a day”. This is why we migrate, beloved Messiah. Since the Messiah did not get the revelations right, his strategy was ill-informed.
A fundamental question that the Messiah should have asked is why are Gambians leaving in a democracy just as in the dictatorship? Supply can only exist when there is a demand. But before asking the pertinent question, the Messiah offered a solution. “Advocacy efforts…will be accelerated…the National Authority for Trafficking in Persons…” shall be strengthened, the AG Chambers shall be supported to prosecute traffickers; and law enforcement officers ordered to “increase surveillance and arrest”. That is what the Messiah has for the youths to tackle migration and the crises that come with it. This is just like diagnosing a patient who has rabies with HIV/AIDS; the antiretroviral doses wouldn’t benefit such a person.

Whoever revealed those verses to the Messiah should have looked at the US. Despite building walls over the border of Mexico, Mexicans are still rushing to the US. Despite Trump equipping the security officers and deploying them, people rushed to the US just to be detained at Migrant Camps. Build border walls around Barra. Build walls around all coastal towns and people would scale the walls. Recruit half a million anti-traffickers to stop the migration, they will be the first to put down their weapons and join the crusade to the ‘back way’. Can’t you see our law enforcement officers embarking on the journey?

Since the mid-2000s, there has been a lot of advocacy to dissuade people from migrating. Despite some of these initiatives being very good with an economic aspect, they have not yielded the results. Has the government reflected why? For most Gambians, a good dream is not being in Juffureh or Senegambia but in Europe, Asia and America. It is an ideal that people hold dear. It is an ideal that is worth dying for to borrow Madiba’s maxim about freedom. When we look at the initiatives aiming to address migration, they are funded by donors, European/American donors or individuals who have traveled to Europe and have earned much more in a year than an honest civil servant who worked for close to half a century could. Therefore, it is perfectly sensible for the youth to dream of nothing but Europe. Waacha daal, daanoo si gaaw. Name me a minister whose family member is not in Europe and I will call my relative(s) to come back home. Tell me a Minister who didn’t give a family member a diplomatic passport and I will tell you a dozen ministers who funded the trip of their children or relatives to Europe in this new democracy. While the elites travel through privileges, the masses look for any other means.

According to the 2018 Human Development Index Report, the Gambia was ranked as one of the least developed countries. And I do say to my co-learners that this is not a record that we can be proud of. Out of 189 countries listed, we occupied 174th position. Essentially we are better ranked than 15 countries only. But we must find out who are we better ranked than. Guinea, Congo (DRC), Guinea-Bissau, Yemen, Eritrea, Mozambique, Liberia, Mali, Burkina Faso, Sierra Leone, Burundi, Chad, South Sudan, Central African Republic and Niger being the last. What do you see? War torn countries! Famine-stricken countries! We live in the only peaceful country that sits at the bottomless pit. This is the creation of the government. No excuse! If only we had the right government that can mobilize the masses, we would have been the best. All our government does is to go round the world begging and attending conferences. At the end of the year they collect all the profit gathered from the poor, buy cars, build houses and cater for per diem.

The Messiah since claiming prophet-hood could have created a better system but he has happily imposed this system on us by neglecting the needs of the youth and the masses. This is evident in the budgetary allocation to sectors. I saw them in their classy vehicles claiming to empathize with families when they were clapping and dancing at political rallies when we were mourning. This is our tragedy and their imposition and I pray that this system and its architects perish together. We are better off without them!