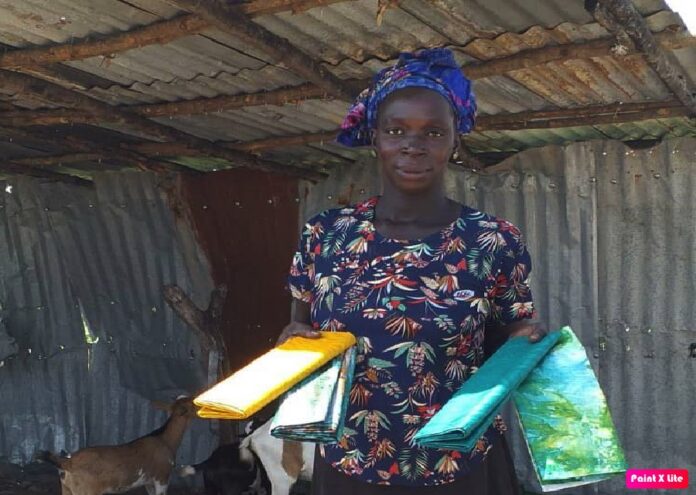 In 2018 the European Commission through the European Development Fund issued a grant amounting to Euro 333,000 to ActionAid International The Gambia (AAITG) for the implementation of a 3 year project on Strengthening Women’s Economic Initiatives in Southern Central River Region (CRR) in The Gambia.

The overall objective of the project is to contribute to the promotion of women’s empowerment and participation in CRR. With a special focus to increase women’s access and control over productive resources that empower them to participate in sustainable economic growth.

The Project Coordinator madam Sarjo Camara said “the project, which is in its final year of implementation has reached out to over 28,000 people including 1,550 women in CRR working in vegetable gardening, poultry, and small ruminant production. While some are supported with milling machines and trained on batik and tie and dye.

She added that what she has seen on the ground during the Monitoring and Evaluation process is very impressive and that has assured her of the project sustainability.

Fatou Mbye, a beneficiary of the project thanked ActionAid International The Gambia and the European Commission for the intervention. She pointed out that words cannot express how grateful she is as this project has improved her life and living condition through the sales from her batik and tie and dye and soap products which helped her to expand into other ventures such as sheep fattening.

Yama Saho also stressed out a similar issue that through the support she is able to start a shop that is generating income for her which is used to support the family.

The Fundraising Manager for AAITG, Saidina Alieu Jarjou highlighted that his organization is committed to promoting, empowering women and eradicating poverty for self-sufficiency. He advised the beneficiaries to utilize the support even when the project phased out.