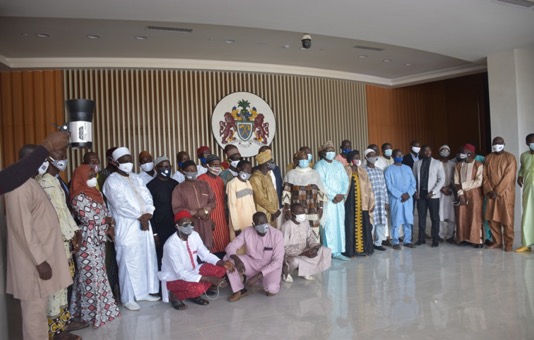 On Saturday 17th October 2020, the Ministry of Finance and Economic Affairs concluded three days training for National Assembly Members on Budget Analysis, Review and Scrutiny at the Sir Dawda Kairaba Jawara International Conference Center. This training provides the Hon. Members, the opportunity to effectively execute their role in the entire budgetary approval process by improving their skills and understanding, exposing them to analytical techniques and insights for efficient review, scrutiny and oversight. In his opening statement, the Honourable Minister of Finance and Economic Affairs, Mambury Njie indicated that the presence and willingness of the NAMs to participate in this training clearly demonstrated their commitment to duty as members of the National Assembly, especially when it comes to the pivotal role they play in Government’s budget approval process. According to him, the importance of this initiative cannot be overemphasized as it strengthens the democratic argument that in The Gambia, the National Assembly is the supreme law making body of the country and therefore, a vital arm of government.

The Honourable Minister further acknowledged the crucial functions the National Assembly Members execute in their quest to hold the Executive accountable for national development.  He reiterated that such functions which include the passing of bills, appropriating public expenditure, authorizing the levying of taxes, ratification of international treaties and agreements, the upholding of the rule of law, and deliberating on national issues affecting the day- to- day life of citizens are critical to the development of any nation. As the organ mandated with oversight functions, control and scrutiny function on public affairs, public institutions and other matters of public interest, the NAMs have a tangible role to play in the Government’s budget approval process.

“In addition”, he continues “when this training is completed, it is expected that a more effective and efficient Budget scrutiny and oversight culture would be entrenched within the House that would enhance socio-economic development programming and outcomes for the good of the country”.

“The training modules are rich in content and will be delivered by a team of highly competent consultants with verse experience and expertise in this area. It is my expectation that by the end of the training, the Hon. Members shall be equipped adequately with robust skills and techniques to enable them better understand the budget when it is laid before them; understand what constitutes public policy and establish its linkages to the Budget; scrutinize and review budget estimates, undertake a critical analysis of it, including its consistency with policy as espoused by law (constitution), medium and long-term plans such as the NDP and SGDs”, the Honourable Minister added.

Penultimately, he implored all trainees to pay full attention to all the details of the training session and come out fully prepared, irrespective of party affiliation to make sound judgment during budget debates that would be of interest to all Gambians without discrimination based on tribe, religion political, regional or social belonging.

Finally, the Honourable Minister thanked the European Union for providing the funding for this training under the Technical Cooperation Facility and for their continued support to the Gambia, especially in key areas of importance to our growth and development as a nation.