The secret of success 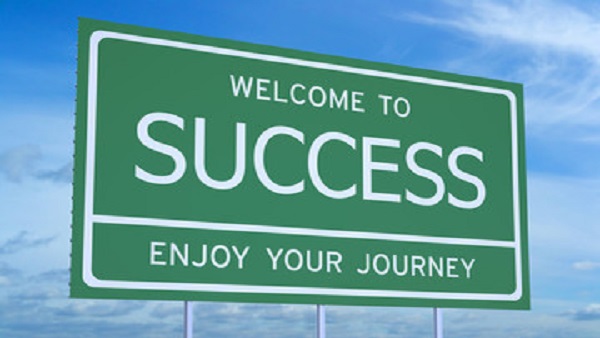 Singapore, the second smallest country in Asia, a small island country was colonised by the Britain in the 19th century. Singapore was occupied by the Japanese during World War II.

Singapore belonged to Malaysia but got independent in 1965.

This new country was struggling with problems like massive unemployment, lack of a dwelling places and land. Singapore had hardly any natural resources, but its strength was its world leading harbour. The city-state was considered as a commercial centre.

Mr Lee Kuan Yew was prime minister from 1959 to 1990. During his rule, the unemployment decreased, the living standard improved and a large housing programme was implemented.

Singapore’s economical infrastructure developed, tribal conflicts were eliminated and an independent defence system was established. Singapore transformed from a Third World country to a First World country at the end of the 20th century.

I listened to an inspirational interview with Mr Kishore Mahbubani, Chunqiu Senior Fellow, China Institute. Mr Mahbubani was born in Singapore in 1948 and when he grew up Singapore was still a poor developing country.

Mr Mahbubani came from a very poor family. He was underweight when he began school so the principal put him in a special feeding programme. Thanks to this compassionate principal, the young pupils got nutritious food every school day and by that the strength and energy to study and get good results.

Kishore Mahbubani is senior advisor (university and global relations) and professor of the public policy at the National University of Singapore.

He previously served for 33 years in Singapore’s diplomatic service and is recognised as an expert on Asian and world affairs.

During Mr Mahbubani’s time as a dean for the Lee Kuan Yew School of Public Policy from 2004-2017 he gave every single student who came to this school the same lecture.

Mr Mahbubani said: ”I will share with you the secret of Singapore’s success. If you implement this secret formula your country will succeed.”

Mr Mahbubani captured the secret formula with the acronym in English: MPH.
Meritocracy – select the best people to run the country, not your friends or relatives unless some of them are an expert in some areas.

Pragmatism – China’s leader Mr Deng Xiaoping said: ”It doesn’t matter if it is a black cat or a white cat. If the cat catches mice it’s a good cat”.

So it doesn’t matter what your ideology is; if it works then use it.

In Singapore they mix some socialist with some capitalist policies and it worked.

Pragmatism – you are not bound by any ideology you pick the best and leave the rest.

Honesty – the hardest part. What has brought most Third World countries down is corruption.

When even a deputy minister can go to jail for corruption it sends signals to the little man.

It tells everyone to be careful because no one is spared.

MPH is my dream for the future for our little Gambia! This is what we need and what I am prepared to work for.

Let’s begin with the first word in the acronym: Meritocracy.

Aren’t we all tired of the nepotism that seems to be more of a rule than an exception in the ruling of our country? It seems that as soon as someone has been elected to a higher position in the society, there are a number of relatives and friends standing in a line waiting for the lid of the cookie jar to be opened.

It doesn’t matter if these people are educated and have a degree in some area that is of use for the country.

No, they have high beliefs of themselves and expect to be handpicked to a position with a good salary.

How can it be possible to develop a country if those who are responsible for it don’t know what they are doing? It’s like putting a child behind the wheel and telling him to drive the car – it can only go wrong!
The kid doesn’t know what it is doing, it is not grown enough to reach down to the pedals and to see out from the windscreen at the same time.

The kid driver doesn’t know anything about traffic rules and it hasn’t the maturity to stop and ask someone for direction. Collision is predictable and the outcome of it disastrous.

If the kid is of the stubborn kind you will not be able to make it listen to you, even if you try to reason with it.

This kid has decided that as someone gave it the permission to drive the car, it will do that until something more fun turns up.

Isn’t it about time that people stand up and act as adults? Enough of this backstabbing, misruling, tribalism and nepotism! The Gambia is such a small country and by that very vulnerable.

We can’t afford to let the wrong people rule the country, we need to hand pick professionals on all levels.

We also need to develop our university so it becomes the centre for high education we can be proud of.

Our university is where new talents, new leaders, new educators, lawyers and new developers are born.

The university needs to have the latest and best equipment, lecturers that are inspirational and facilities that are in top shape.

We must be able to invite foreign lecturers to our university without being embarrassed for its shape.

A country that expects to be considered as modern has universities that are pointing out the direction for the country.

Right now? Hmm…. as from the photos I have seen of the university there is still a lot to wish for.

Maybe we could begin with getting all facilities cleaned every day, that is the least we can expect.

Back to the ruling of our country: before an election we need to make an evaluation to see who are willing to take on the great responsibility to being a part of shaping a new Gambia.

We need to find the right people for the right positions and neglect the calls from those who only are interested in the cookies in the jar.

They must be made to understand that there are more responsibilities than privileges in a high position.

We can’t look back any more, we must look forward and decide what kind of future should we aim for. Everything needs to be uplifted, dusted off and evaluated.

No stones should remain unturned, all corners lit and the old cobwebs swept away. I could continue with the metaphors for a while longer, but I think you have got the picture.

New times have swept in over The Gambia and we need to adapt to it.

Pragmatism: pick the best and leave the rest, either it is a matter of policy, advice or ideas.

You can apply this view on many areas, but right now I want to focus on these three.

Policy – evaluate the different parties policy and see what is good contra what you don’t approve with.

There is always something good you can find. We are stronger together so the more areas we can find where we make agreements, the better.

No political party is strong enough on its own so we must try to find common ground.

Advice – listen to advice with a humble mind, but contemplate on the advice before you make a decision. Talk to your pillow, as a friend of mine once said.

Don’t make hasty decision considering important matters, let it sink in, sometimes the right decision comes to you after a good nights sleep.

Don’t let your emotions mislead you.

Sometimes you can get good advice from someone you consider as a bad person, just because you dislike this person.

Your emotions are fooling you just because you have decided to not listen to that person.

It is a normal reaction, but maybe not that mature. If you feel insecure of how to respond to that person; talk to your pillow first.

Don’t let your emotions rule your mind, be pragmatic and always decide to pick the best and leave the rest.

Ideas – use Internet as a source of information. You can travel around the world without leaving your laptop, all you need is wi-fi. Find your areas of interest and explore them, one after one.

You can learn so much just by listening to others. Explore the world and evolve your mind.

There is always something you can learn and it doesn’t matter if you choose to learn more about politics or how to grow tomatoes, as long as you never stop to learn new things.

If you get problems in some area there is always someone who has experience and can give you advice.

You don’t need to make all the mistakes, you can also learn from others mistakes.

Honesty: As Mr Mahbubani said, it is the hardest part.

He gave one example in his interview: A minister was on a vacation together with a businessman.

The businessman paid all the expenses, both for himself and the minister.

The minister could have afforded to pay for his own vacation, but he accepted the offer he got from the businessman and got a vacation for free.

What is wrong with that, you might ask? The fault was that the next time the businessman needed a favour from the minister he couldn’t deny him that because he was bought.

A gift is one thing, if that is given freely and with a good intention, but if a minister is offered a valuable vacation on someone’s expense he must be wise enough to question the reason for it.

Having a high position comes with a great responsibility; gifts must be limited and never have a high value.

Something that always needed to be considered is what signals it gives to people.

If most citizens in a country are poor, and they see that people who are already highly paid are getting valuable benefits, it only feeds the distrust they feel towards their leaders and bosses. Instead, if the citizens hear that even a high minister can end up in jail for corruption they will know that it is best to avoid it.

This is the only way to fight corruption in a country – the leaders must be role models and they must bear their own guilt.

MPH – Meritocracy, Pragmatism and Honesty – these three words should be shining like stars on a dark sky.

They should be written on every wall and be taught to every school child in The Gambia. Following these words we can make the small Gambia a great country.

The days of neglecting The Gambia and considering it as a country of no importance are over.

Let us make ourselves proud, let us work together for a great Gambia people will mention over and over again around the world.

#MPH – the future for The Gambia !

Share
Facebook
Twitter
Pinterest
WhatsApp
Previous articleRecommendation for Bridging the Technology Application Gap in Gambian Agro-Rural Setting: A message for the Transition Government and GAF in Particular.
Next articleSafety of journalists
Join The Conversation