The untold realities of life (continuation) 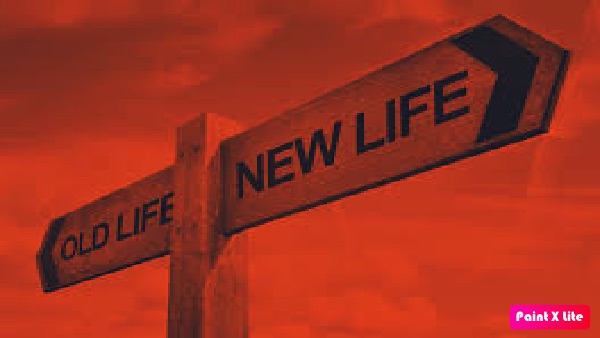 Not to put too fine a point, we hardly can run away from life and the packages it presents to us, at least not to a certain extent. For its delicacy and sensitivity, and everything along that line, it encompasses some realities that are hardly spoken. Like you long and expect it, this article will tell you some of these untold realities of life. Come with me. From Jambai, Moribolong is the destination.

Princess Syndrome aka Princess Disease: a sickness in East Asia used to describe people with specific conditions such as materialism, narcissism, and egocentrism; has caught wildfire. It’s spread across every part of God’s green earth. Materialistic and egocentric people have their own sentimental faculty of contempt that has delusion as a proxy in their morally-devoid  indulgences of humanity. To them, as far as life’s concerned, besides materials, acquisitions and themselves, nothing actually matters. That’s where the madness comes into play, even though it could be self-induced. It’s rampant. Well, being a Princess or having a Princess is fine, but having a Princess Syndrome is actually a disgust.

In elementary school, the teacher is always right

Back in the days, back in the primary school days, we were always taught that teachers are right. Whatever they said –  correct or wrong – that’s it. In fact, hardly would the students know what it is. The teachers were always right. Even if they’d tell you that, the part tense of ‘cut’ is ‘cutted’ and that of ‘put’ is ‘putted’, that’d be it. We’d hardly know that’s not it, in fact who’d even doubt what they said? Such was elementary school. Have a journey of thought in the past, you’d know what I’m talking about. Ask Lang Laibo and Ancient Man. If you’re from our village, call the latter Sumaila Domanding if that pleases you.

The complexity of human nature is such that, it’s very hard to explain, sometimes. In life, opportunities come to different people at different times, but taking firm grasp of those opportunities oftentimes becomes a problem, especially when it comes cheaply. The mystery surrounding human nature is that: if people don’t toil and boil to bring about whatever they do or are involved in, if they don’t find it hard to get themselves something or somewhere, if they find things cheap, or things come to them cheaply; they hardly appreciate those particular things. Offer them free study sessions, they’ll tell themselves it’ll not be effective, offer them free stuffs, they’ll think that they’ve no quality; even offer them advice, they’ll begin to think that you’re desperate or also going through what you’re advising them on.

Such is human nature. If I were a philosopher, I’d formulate a theory that I’d call ‘The Human Nature of Ingratitude.’

In life, not every plan of ours work or go through as we plan and expect them to go. Sometimes, they go against our will or interest. And whenever that happens, prioritization becomes the only viable option. You give priority to either that plan or interest. Sometimes, you’d lose one of these against your will. But whenever you have a Plan B instituted, that contingency plan often has a high propensity to avoid failure, especially if it was well-thought and informed.

It’s monotonously said that education is the key to success but hardly is it said what success encompasses. Being relative, success is hard to define. Assuming that the said success in the clichéd expression above is wealth, then education doesn’t necessarily guarantee that. For the fact that there are different formulas to this assumed success, be it legal or illicit, quick or slow, lasting or not,

it’s not always true that your education can make you rich. Sometimes, you hardly even apply what you’ve learned, especially when you’ve entered other attractive domains that require no education. What about unemployment and its siblings? What about natural causes like sicknesses or even death? Who said you won’t die if you’re educated?

In fact, very few educated people in the Civil Service – those that aren’t into looting and corruption –

are actually wealthy. After all, uneducated people also get wealthy sometimes. This is corroborated by a Mandinka adage which says: “If you hope high for your white goat, also hope high for your black goat because black goat also makes a good meal.” If you unlock that nuanced Mandinka, you’ll know what I’m talking about because nothing will remain in the wraps.

If it’s indeed true that winners are those who don’t quit, then one may begin to think that successful are activities that are progressive, too. And if that’s so, then for one to be tacitly happy isn’t a big deal. So for that, continuing this series has become an ecstasy for myself and for those readers of moral eminence.

Riddling and parabling are sexy tools employed in writing, where necessary. Never mind, this article, just like the preceeding ones, will tell you the hardly-talked-about realities of life. I don’t wanna be wild, except if circumstances compel me to be. Welcome to my show.

Although everyone supposedly craves for success, it’s said that: there are different routes to success. Yet, achieving this success through shortcuts is somewhat detrimental. Who would want a Faustian bargain, especially when it comes to monetary aspect? Well, the big deal is that, even if the shortcuts and Faustian bargains work, they don’t actually last.

Reserve the detriments and consequences associated with them for moral grounds. Completely deal them out in exposing the short lifespan of shortcuts, because after all, wherever there’s no sustainability, there’s equally no future. Shortcuts are risks, and risks are dangerous. And if risks are directly proportional to returns, what are deadly risks proportional to? Late things that are sustainable are way better than quick things that are fast-dying.

In as much as decision-making is delicate, it’s equally salient. For that, care, guidance and suggestions are often needed to make one. One may pay for counseling in which money will play its part, one may use their connections for guidance, but one thing that always wins is knowledge. It enables one to make rational and wise decisions without deactivating or injuring their very inner feelings to the slightest of extents, through maintaining a balance between reasonability and reality. Such is the power of knowledge.

Attitude is a factor that predisposes results. They’re like reactants and products. Even in real life, there are some Chemistry, not merely chemistry. Very tangible ones for that matter. Attitude is such that, it hardly discriminates or compromises.

In as much as positive attitude yields positive result, the contrary is true. Bad habit, bad lifestyle, the reward is bad ending or any of its siblings. That’s why it’s said that, if you live by the gun, you die by the gun. And certainly, thieves will never go far in life. You probably know what I’m talking about.

Even though it’s largely not fair, bad things and circumstances also befall good people. Quite ironical, but paradoxical. There’s no guarantee that when one’s a good person, they always experience good things.

Sometimes, bad things happen to them as well. Such is harsh, but these things happen. In spite of the fact that being good is preeminent, it doesn’t always mean that one’s in their own little stable world where the only thing that rains is goodness. So life is sharp on both ends.

Complexion turns out to obsession

Sadly, women and girls adminiculate this reality. In today’s world, beauty, especially beauty that encompasses complexion, has turned out to an obsession for people. Sadly, it doesn’t stop there, complexion has also become the benchmark for evaluating beauty. Due to that, our very beautiful sisters decided to embark on a mass skin destruction and alteration campaign called bleaching, whereby the dark pigmentation, which is melanin, is gradually tampered with. All this is done in the name of beauty, because to them, beauty is white.

Hardly do they know that they can only be who they’re. Hardly do they know that bleaching is a repulsive Faustian bargain whereby the ultimate rewards are self-imposed cancer and disgustfulness. Is it worth that? You better kill your obsession for beauty because both black and white are beautiful. It just depends on how you see it.

If the morale behind this is to please and lure men, who said men only get attracted to those ladies of fair complexion? After all, who wants a fake lady, because bleaching is a fake indulgence?

Even though bleaching is predominant among the female folk, some men also bleach. Those men are houseflies, I mean the houseflies in feces.

If you’d not wanna believe the saying that, both sugar and salt are white, or not everything that glitters shines; then you must be a nutter. Traveling is one thing, and success is another. Let men know that. It takes a lot more than merely travelling to bring about success. Perhaps girls and women ought to be more aware of that.

Sadly, quite often, the girl who refuses to marry you when you’ve not traveled

would probably go on to propose you soonest you travel, with the delusion that you’ve hit success. How do you call that, gold-digging? Let’s call it diamond-digging.

If you lose your dream girl to a fellow man just because they’re in abroad and you’re here in your country, accept the reality that, girls shifted things from gold-digging to diamond-digging. After all, wonders shall never end. So don’t underlook the job you do here. Just work hard, pray and hope for the best because sugarcane is sweetest at its joints.

To what extent can freedom of speech be elastic?

Is Madi the proverbial bogeyman of The Gambia?