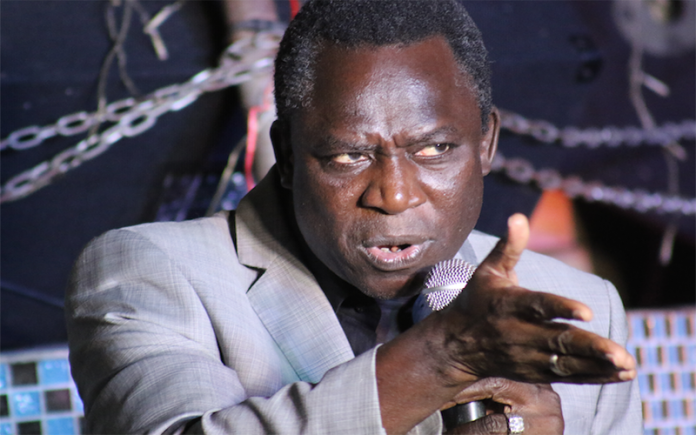 Senegalese musician, Thione Seck, a member of the legendary Baobab Orchestra of the 1970s, appeared in court in Dakar on Thursday, claiming to be the victim of a fraudulent counterfeit scam dating back to 2015.

Prosecutors at the Dakar Criminal Court have demanded a two-year prison sentence for the 64-year-old singer. He had spent nine months in pre-trial detention following his arrest on 27 May 2015.

The prosecutors also demanded a five-year prison sentence for his co-defendant, Malian Alaye Djite, who was detained after materials that could be used to make counterfeit money, including inks, scanned banknotes and counterfeit banknotes were found with him in June 2015.

The court is expected to hand down sentences on 23 May.

They are charged with counterfeiting currency, attempted fraud and money laundering.

“I have never made counterfeit notes and I do not know how to make them. I do not have a counterfeit machine, “explained Thione Seck.

Weeping several times during the hearing, he claimed to have been “the victim of a conspiracy” of Gambians living in Sweden, who had given him a contract worth 100 million euros for a series of 105 concerts in Europe.

“I thought it was the contract of the century,” said the singer, explaining that one Gambian, Joachim Ceesay, based in Banjul, had given him a “50 million advance” in a bag, which turned out to be fake euro banknotes and blue coupons. He said he did not open the bag for five days.

He added that the day after the delivery of the advance, Ceesay had come to him to borrow 85 million CFA francs (about 130,000 euros) for “urgent expenses”, before disappearing.

The investigators have never found traces of this group of Gambians and the complaint of fraud filed by Thione Seck has been dismissed.

His co-accused, Alaye Djite, explained that he worked in a cinema and that the false cuts found at home were “scanned tickets intended for a film”.