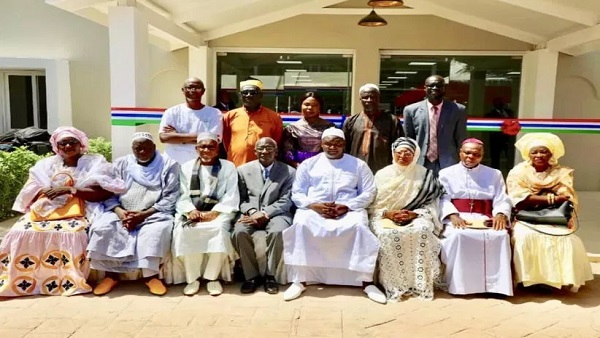 The TRRC will resume hearings with the opening of its fifth three-week session on Monday, June 10. During this session the Commission will continue hearing testimonies from witnesses and victims of the 1996 UDP encounter with security forces at Denton Bridge and the November 11 and Koro Ceesay incidents. The Commission plans to hold its first institutional hearing on the media during this fifth session, which runs from Monday, June 10 to Thursday, June 27.

While the Commission was on break from hearings, the TRRC offices remained open and Commissioners and staff continued to be engaged in work-related activities. Among other things, the Research and Investigations Unit continued their engagement with victims, witnesses and alleged perpetrators to further investigate allegations made in statements received, interviews, or the oral testimony of witnesses during past public hearings.

The unit also served notices of adverse mention to certain individuals as directed by the legal team. Interns of the unit embarked on the usual media review to assist the commission in uncovering human rights violations committed from 1994 to 2017 by gathering and analyzing newspaper articles on such violations. The Unit is currently working with the Gambia Press Union to facilitate our first institutional hearing on the media while conducting research on certain public institutions as part of preparations for other institutional hearings. The unit is also working with a Gambian system developer (Forte Innovations) to complete the TRRC Database. The database has been repeatedly tested by unit members and preliminary training for all unit staff organized in collaboration with Forte Innovations. Meanwhile, the Research and Investigations Unit has concluded its first round of exhumations at Yundum Barracks, submitted a draft report on the process to the Secretariat, and made site visits to other suspected locations of mass graves that will be further explored in the near future.

The Victim Support Unit also engaged in a number of activities during the break. Among these were a coordination meeting with the Medical Board with a view to improving the victim pre-assessment processes, creating a referral network and systems, and other administrative issues related to the Board’s continued service to victims needing medical attention. The unit is currently working closely with the Ministry of Health and the Turkish Embassy in a bid to secure overseas treatment for some of the first batch of victims seen by the Board. These were victims from the April 2000 student demonstrations and the April / May 2014 Solo Sandeng-related incidents. The TRRC has submitted the names of nine victims for consideration, some or all of whom might be able to benefit from free medical treatment in Turkey.

In addition to the initial nine victims, the Medical Board has seen 12 more patients whose reports will also be prepared and shared with the TRRC. The Victim Support Unit is meanwhile developing a network of medical facilities and practitioners in The Gambia to facilitate better access to medical services – including mental health – for victims who need it. Among the facilities currently engaged are the EFSTH, Serekunda General Hospital, BAFROW Clinic, and SOS Clinic. Between April and May, 2019 the TRRC spent over D100, 000 on medical support to victims as part of our ongoing interim reparations program.
Alongside staff from other TRRC units, the Victim Support Unit attended a number of workshops and training activities designed to assess needs and enhance TRRC staff capacity. Among these are a UNTJ TRRC Units’ Needs Assessment workshop, a WANEP Conflict and Development Analysis workshop, a Female Lawyers Association of The Gambia (FLAG) workshop on sexual violence and the role of social workers, and a Women’s Bureau workshop on transitional justice aimed at establishing a network of women in peace building and conflict prevention funded by the UNDP’s Consolidating Democracy and Governance Project.

The Victim Support Unit was also requested to facilitate the disbursement and implementation of private donations to some victims who have testified before the Commission. These donations were generated by private individuals in the Diaspora as well as local donors like Unique Solutions Foundation. Victims that benefitted from these recent initiatives include Yaya Bojang, the widows of some November 11 victims, and the child of a Gambian victim of the 2005 incident involving 44 Ghanaians and other nationalities. The Unit is currently in touch with several other private individuals and organizations both at home and abroad offering direct support to victims including in the areas of continuing education and livestock and poultry farming.

Meanwhile, the TRRC’s outreach activities continued with our Reconciliation and Youth and Children’s Network units engaging diverse communities during the break. Under the leadership of Reconciliation Committee chair Imam Ousainou Jallow and in collaboration of colleagues from other units, the Reconciliation Unit engaged several mosque communities in Banjul, KMC and BAC in conversation over Iftar sponsored by the UNDP Transitional Justice Program. Some of the mosques visited are located in Brikama, Pipeline, Latrikunda Sabiji, Bakau, and in Banjul, at James Senegal and Lasso Wharf mosques. Six churches have also been identified for similar engagement in the near future. These activities are part of a wider initiative of engaging all religious communities in promoting peace, reconciliation and the TRRC’s Never Again campaign. Meanwhile, the TRRC’s chief reconciliation officer attended a training on Conflict Analysis and Prevention at the Kofi Annan Institute Peace Training Centre in Accra, Ghana from 13 – 17 May, 2019. And continuing its engagement with young people, the Youth and Children’s Network Unit participated in the 10th year Anniversary of the Student Service Learning Association of the University of The Gambia (UTG-SSLA) on April 27. On the same day, Unit coordinator Bubacarr Sambou was invited to address 600 Primary Teachers Certificate (PTC) graduands of the Gambia College on the mandate of the TRRC, youth engagement in the TRRC process, the Never Again campaign and other aspects of the TRRC’s work.

Finally, also during the break and under the coordination of the Human Resources Unit, the TRRC identified pop-up offices in all regions across the country for the purposes of statement taking during the coming months. These offices will enable teams of statement takers from the Research and Investigations Unit to record statements and conduct interviews for eventual follow up research, processing and submission to the Legal Unit for consideration. And as we look forward to June 10, we ask all victims of, and witnesses to human rights violations between 1996 and 2000 to please come forward and give their statements. Victims and witnesses unable to make the trip to Dunes Resort are encouraged to call 9348929 / 2949170 / 2590391 / 5086200 and arrangements will be made to take their statements. Women are particularly encouraged to come forward and give statements according to modalities that preserve their safety and dignity and protect them from stigmatization and retaliation. The TRRC offers a modest reimbursement of transportation and other minor expenses to witnesses and victims travelling from other parts of the country to give their statements.

As we look forward to the opening of our fifth session of hearings on Monday, June 10, we seek the usual support and prayers of the general public as together we continue on this challenging quest for truth, justice, reconciliation, reparations, and the emergence of a better and stronger Gambian society that will never allow dictatorship, impunity and gross human rights violations to happen in this country again.