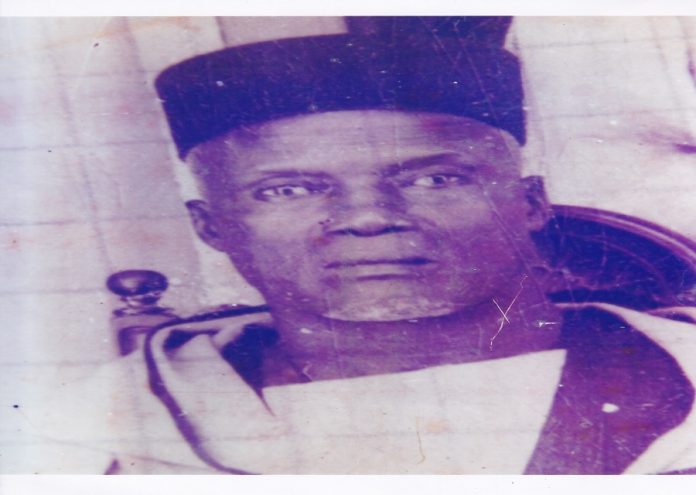 Sheikh Alieu Badara Faye, the venerable founder of Busura village in Kombo Central was a scholar and phenomenal religious leader who was followed and celebrated by many and played a significant role in the propagation of Islam in Senegambia. He was born in the woods of Tandaito, Baddibu Sanjal in 1880 and died in 1965. He studied in various institutions in Africa. His parents were Nian Faye (Mam Nyan) and Kodou Manneh Maye of Bathurst (Banjul).

Pupilage
Badara Faye started his educational career in Bathurst (Banjul), The Gambia. He was taught the Qur’an and other books including “Lakhdari” (Mukhtasar Al-Akhdari: The Fiqh of the Acts of Worship according to the Maliki School of Islamic Law) by the eminent scholar Tafsir Demba. He was also blessed to be taught by Alhaji Waqqah Mbaye who initiated him into the art of Arabic/Islamic poetry (qasida). He also learned Matna Kalil and Al-Ajurrumiyya. He equally studied under Ebrima Sarr, who taught him books like Kutrub and Ibn Drid. After been taught by several people in The Gambia, Badara later traveled to Senegal to further his studies where he was also taught by Alhagie Imam Mawdo Malick Sey on Arabic literature and Mantiq. Still struggling to boost his educational background, Badara Faye proceeded to Mauritania to learn more. Serign Badara Faye’s education was a special gift from Allah SWT.

Nomad soul
Badara Faye was taken to Baddibu Salikenni by a trader from Bathurst (Banjul) called Ousman Jeng to teach him and broadened his knowledge in Islam and the sunnah. He was a qualified tailor, a vocation he continued with while in Salikenni. His hobbies were hunting and weaving.
Badara Faye built his first school (majlis) in Nema Kunku in Niumi, where he taught more than 46 students. He later relocated to Brufut in Kombo after the roll of his students increased from 46 to 203. He stayed in Brufut for three years after which he returned to Nema Kunku to occupy a bigger place as the number of students willing to study from him kept increasing from Senegal (including the Casamance), Guinea Bissau, Guinea Conakry, among others. In 1950, the Headchief of Kombo, Seyfo Landing Barabally Bojang of Brikama granted him permission to set up the village of Busura which came to be his final settlement. To this day, the Central Kombo village is headed by the direct descendants of the revered sheikh. Most of Serign Badara Faye’s students went on to become prominent Islamic figures in the sub-region.