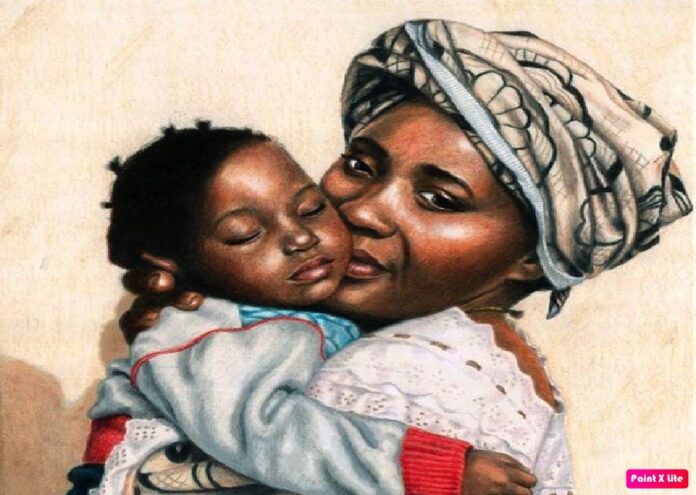 I wish to share the lyrics of a beautiful song by the American artist Cyndi Lauper. The song is called ”True colors” and I find the words speaking to my soul whenever I listen to them.

You with the sad eyes

Its hard to take courage

In a world full of people

You can lose sight of it all

And the darkness inside you

Can make you feel so small

But I see your true colors

I see your true colors

And that’s why I love you

So don’t be afraid to let them show

Show me a smile then

When I last saw you laughing

If this world makes you crazy

And you’ve taken all you can bear

You call me up

Because you know I’ll be there

Still you smile, Mother Gambia! Still you hold your arms around your children and rock them to sleep at night. Still you try to find something for your children to eat so they don’t have to cry themselves to sleep out of hunger.

Too many tears have been shed, too many prayers have remained unanswered. Too many promises from people in high positions have been broken, they were said without any intention to keep them in the first place. There is a saying that hope is the last thing that is leaving us. We hope and we pray that the future will become better, that the future generations don’t have to endure the same things we have.

Imagine all the prayers said by innocent victims priosoned by Yahya Jammeh and his thugs. Imagine the cries from the tortured prisoners, oh Mother Gambia, your tears must have turned to rivers of blood! How come that some of your children are so blinded by greed that they deny the atrocities committed against their brothers and sisters?

Your children who call themselves pious, who pray and fast and celebrate Eid-al-Fitr together with others. Those who have turned a blind eye to the suffering among themselves, do they recitate from another kind of Qur’an than we do?

What is the use of learning all these recitations by heart, if your heart is not in the words? They are not worth more than the hot air coming out from your mouth. It is actually better to be silent, than recite the holy words of God, if you don’t mean them. God can see into your soul and he knows when you are lying. Imagine all the times we have seen Yahya Jammeh with a Holy Qur’an in one hand and prayer beads in the other. They were props in his show, nothing else. No one saw him read in his Qur’an, he repeated the words he had learned, like a parrot. He knew that people who feared God and who had respect for his Holy words didn’t dare to question his acting.

Is Barrow really that stupid that he thinks it is okay for Jammeh to return and live in peace as any Gambian? Has Barrow no respect for the victims who still suffer, or is this instead one step in his political plan to stay in power and get re-elected in 2021?

Is he perhaps foxy enough to keep APRC close to him, and pretend as if he is their ally? If he is vague enough, APRC will interpret his slurred sentences in the way they wish. Perhaps you have heard the expression about how the devil reads the Bible? For someone who has bad intentions you can find messages that suit your purpose everywhere – even in the Holy Scripture.

We all know that both the Bible and the Qur’an can be interpreted differently depending on who is reading them. A pious person is someone who is searching for wisdom and is praying for help from God to find the right answers.

Someone with bad intentions is instead searching for anything that can justify his or her bad intentions. S/he turns the words upside down and tries to pick them out of their context to justify their actions. As long as APRC is considered as a legally registrered party, they have all the opportunities they need to turn things upside down in The Gambia – even more than before. They have become stronger because they haven’t met resistance from the current president. Don’t allow yourself to get blinded by a high and mighty position. Barrow is not next to God, he is only a Gambian man who is well fed and made to believe that he is great.

Let’s go back to the lyrics of the song called ”True colors” and its chorus. What does it mean to see someone’s true colors? It doesn’t speak about the color of your skin, rather the color of your soul and the fact that it shines through in your actions. If your spirit is bright you are trying to be a good person, someone who believes in the necessity of having a purpose with your life. Greed and selfishness doesn’t have a place in your life, your love for your fellow human being shines through.