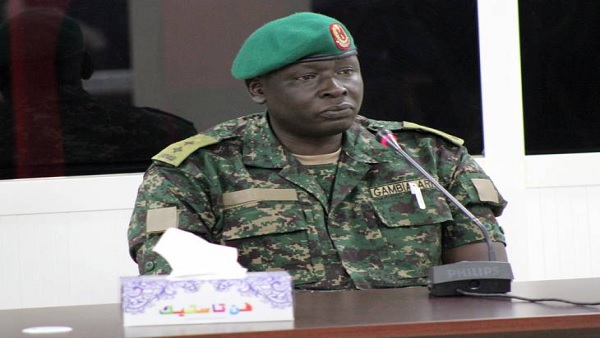 Shortly after the release of members of former president Jammeh’s hit squad, The Standard sought opinions from their communities of origin on their new profiles.

The first port of call was Tujereng where The Standard engaged several indigenes on the thought of living with Malick Jatta after hearing him confess to killings.

Masanneh Fatty said as far his village is concerned nothing has changed in their attitude towards Malick Jatta.

“After all he went through a national process and complied with the law which has now set him free. And what is more he has apologised for what happed and has joined the #NeverAgain Crusade.

And more importantly Malick is a citizen of Tujereng. And I can tell you one thing Malick is very religious,” Fatty added.

He said even before Jammeh left, there were rumours in the town that Malick Jatta was part of the Junglers but that did not change his relations with people who were close to him.

“Malick has lot of friends and has always enjoyed good relations with his neighbors.”
Fatty explained that shortly before the departure of Jammeh, Malick himself was telling people he would not resist any arrest if there should be any.

“It was Malick himself who asked his family members to tell his whereabouts to anyone who asks of him, and when they came for him his family members did as told and directed the arresting team to the compound where Malick was brewing ataya with friends.

He offered no resistance but simply complied by raising his hands and after searching him, they took him away,” Fatty said.

He said Malick’s coming back to society will not change anything.

Ebrima Dambelly said he was not surprise when he heard Malick at the TRRC because there was a strong rumour about him. He said he would definitely feel worried after what he heard.

Bintanding Camara, another Tujereng native said she only believed the rumour after watching Malick himself say things by himself.

“But then this will not change my relations or perception of him, because he never offended me as a person, and I believe he was misled by Satan,” Miss Camara explained.

Their release was recommended by Justice Minister Tambadou sparking a huge controversy among Gambians especially victims and rights defenders.