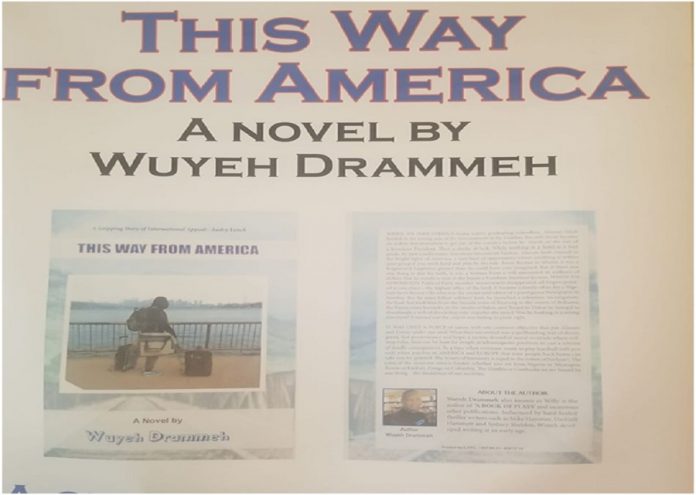 Two Gambian authors have come together and launched two new books.
US-based Gambian writers Ismaila Saidyba, 22, and Wuyeh Drammeh launched ‘This way from America’ and ‘Sins of a Father”.

Their combined launch seeks to nurture and inspire young talents into taking careers in writing. The event was held over the weekend in Soma, LRR.
‘Sins of a Father’ is the debut book of young Saidyba, who vowed to continue writing and establish himself as prolific.

The young author said his maiden publication was inspired by the unprecedented inequalities of gender justice in Africa, which limits the progress of most African women.
The central theme of his book is ‘betrayal’ making a sophisticated representation on the plight of women in contemporary African societies.

The book depicts a devastating life of a Jarranka agricultural extension officer, “Kekoto” who betrays his spouse and switches affection to a young lady, the daughter of an imam she impregnated.

“The events and occurrences in the book resonate with the realities of our society and recites from a famous proverb of what goes around comes around,” Ismaila said as he laid bare the synopsis of the book.

Speaking further, he said: “This is to sensitise people to be cautious about what we inflict on others, because we might not know the ramifications of our actions when we harm or betray people.”

In a country where writing is regarded as ‘a no go area’ for most young people, Ismaila said of his conviction to take up a career in writing: “Passion is the driving force for commitment and determination. I know that many young people are not writing for the fear of the challenges involved but for me the challenges actually serve as an inspiration to help mould and further my writing skills.”
For Mr Drammeh, ‘This way from America’ is his first novel since he shifted from play to novel writing.

The book portrays a vivid recollection of the societal constraints of an African community.
According to Drammeh, the book intermingles the life of a young graduate, Alasan, who travelled to the U.S after falling out with “a despotic ruler” in The Gambia and only to return to find his wealth thwarted.

It also depicts the life-story of a Nigerian newspaper editor Kenny Obi whose father in law, a prominent opposition leader was kidnapped by the state.
‘This way from America’ went on to give glimpses of political satire of the former regime, societal problems experienced by Gambians in the Diaspora, negative vices orchestrated by envy, jealousy and ill will against persons who worked hard to become a success.
The launching was attended by senior officials of the region and supported by the Gambia Writers’ Association of which both authors are members.