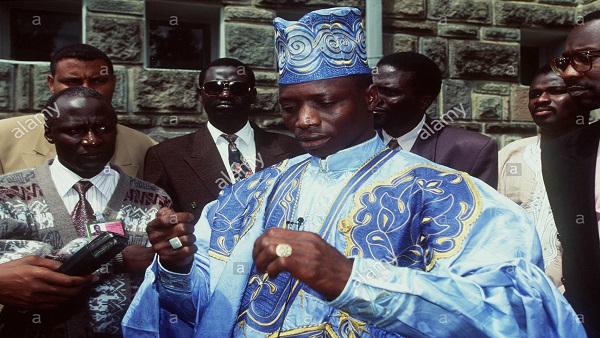 The Centre for Victims of Human Rights Violations has petitioned the Inspector General of Police against issuing a permit to the APRC to protest and demand Jammeh’s return.
The former ruling party announced it is planning to stage a protest demanding that Jammeh return to the country from exile in Equatorial Guinea.

In the letter to the IGP and shared with The Standard last night, the centre stated: “We write to express our concerns and the concerns of victims that the application made by the APRC for a permit to stage a protest for the return of Jammeh to The Gambia planned for January 16th, 2020, be put on hold for several reasons, key among them is the interference of the ongoing TRRC testimonies and the security of the country.”

The letter, signed by the centre chairman Sheriff Kijera, further posited: “Therefore, we object to this application for the time being, as it is considered as a provocative move against victims of Jammeh and his regime as well as the peace and tranquility of the country. It is our position that Yahya Jammeh is a fugitive and that any activity that tends to be in denial of that fact or aimed at provoking victims of his regime must not be entertained.”

The centre argued that it is not in the interest of peace and stability to allow “a political party that had enabled and in blatant denial of serious human rights violations committed against Gambians and non-Gambians to stage a protest for the return of the very person who had masterminded and committed these violations as evident from the testimonies emerging from the TRRC.”

“The application for permission to protest for the return of Jammeh is a direct sabotage to the ongoing transitional processes. In the light of the above, we urge your office to consider our position and that of the victims and the on-going TRRC, to take adequate measures to deal with disparaging remarks and threats coming from the APRC leadership against witnesses that have testified before the TRRC,” the release concluded.
Response

When contacted for reaction, APRC spokesperson, Dodou Jah said: “We are looking forward to know whether the Victims Centre own this country or they have more rights than the APRC. We are not foreigners. We also have rights and these rights will be exercised. [Ironically] I think the Victims Centre should be the driving force to ask for Jammeh’s return to face justice and not fight against calls for his return to the country.”

“We did not say that when we demonstrate peacefully, Jammeh will be on a flight to come The Gambia. We never said that. I don’t know how they are weighing and analysing things but I think they should think maturely,” he said.