What is a life worth in The Gambia? 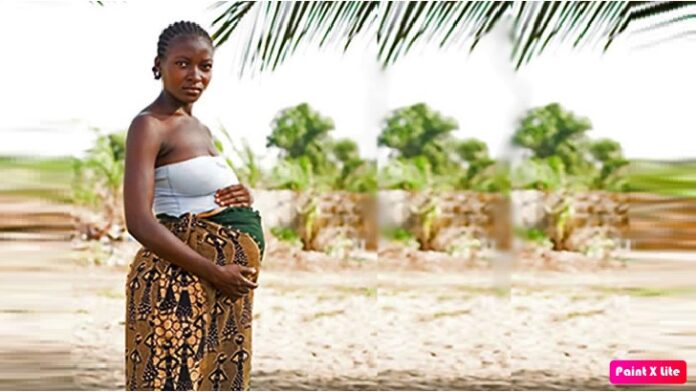 An article in this newspaper stated: “The Minister of Health Dr Ahmadou Lamin Samateh told lawmakers yesterday that ‘comparatively Gambia is not doing so badly’ arguing that maternal mortality is on the decline in the country”.

If we should only look at these numbers, then we might agree with the Minister of Health, but his statement made it look as there was no big deal. Living in Africa is supposed to be more dangerous, so if some women and/or their babies die at childbirth – so be it.

Are those words of comfort for a grieving family? “Gambia is not doing so badly”! Dry your tears because so many more die in Nigeria and even in our neighbouring Senegal! Don’t cry, because they lose so many more than we do!

Is this a competition? Are these facts a reason for feeling proud of The Gambia?

Every death is a loss, a tragedy for a whole family and cause trauma that can take very long time to heal. Sorry, all men who are reading this article, but this is a typical male statement. “Gambia is not doing so badly”! Every woman who has lost a child at childbirth, and who reads the minister’s statement must feel as he doesn’t care. Every widower who struggles with his grief after losing his wife, and perhaps his baby too, at childbirth will scream out his anger and frustration. All those who are filled with questions, all these whys, will never get any answers. All these babies who grow up without a loving mother, who have no memory at all of the woman who felt their movements inside the womb – they will grow up with a sense of loss and an empty hole in their souls.

This mashallah attitude is typical for The Gambia; what happens is because of the wish of God. Does that attitude only give comfort, because it is meant to work that way? No, it also leads to lethargy, apathy and even laziness. Harsh words, I know, but not less true.

Most politicians in The Gambia are male, look at every position of power and you will mostly see a man there. How many of these men fight openly for the rights of women? What kind of insight do they have on problems that relate to women especially? Before decision-making – are these men doing any research on the impacts on women and children? Half of the population are women and we are not only here to satisfy your lusts, cook your food and clean your homes.

It is very easy for a man to have a lot of opinions about matters concerning women and children, but are these opinions based on facts? Has the Minister of Health interviewed any women to ask about their experiences considering childbirth and the risks that come with it? It doesn’t matter if it feels embarrassing, ask anyway and you might get shocked by the answers. Does the minister have the guts to ask? Does he even care about the answers? Gambian women give birth to babies, risking their own lives. Most roads are in bad condition, there are not enough ambulances and specialised staff that come with them. The rural health clinics struggle and do their best with the poor equipment they have, but no one is asking them what they need to improve their practice. Wouldn’t that be a task for the Minister of Health?

Mashallah, is it the will of God that small babies die, and/or their mother? As I said before; it can feel comforting in a way, but it doesn’t take away the pain. It certainly cannot take away the fact that our Minister of Health should focus on basing his statements on scientific facts. We got some numbers but not the actual reason for these numbers. He mentioned diabetes during pregnancy and high blood pressure as some of the reasons. These are facts, but what are the reasons and what can be done to prevent them? The mashallah attitude is many times used to disguise the fact that you haven’t done your job properly. It’s like kicking up dust to hide your traces.

The problem with that is that the dust will disappear sooner or later but the problem will remain – you just haven’t seen it for a while. Saying mashallah is to prevent pious people from questioning the incompetence of people in power. You make pious people believe that they are questioning God, and get ashamed for that, when actually the ones who should be ashamed are those in power. This is one of the reasons why we never combine politics and religion here in Sweden. I know that this is a delicate matter in The Gambia, but just look at how the combination of politics and religion is affecting you. It is about time to begin to do things differently because there is a time and a place for everything.

People need to be level-headed, there must be a sound balance. There is nothing wrong in beginning a meeting with a prayer, but don’t hide behind old habits. Look at how Yahya Jammeh hid his actions and his mean character behind religious symbols. They were there to make you focus on the wrong things. You believed that Jammeh was pious because he made you think so. You must learn to look behind the obvious and to question statements that are said in a convincing way. Let the “dust” disappear and look for the traces of hidden actions. Don’t accept a mashallah, use your intellect and question. It is not an action against God, it is an action that even the Holy Qur’an tells you to do – question the authorities and then make up your mind.

Trust your gut feeling and don’t allow yourself to get fooled by people who speak in a very determined way. People who never allow anyone to question them always make me suspicious. I always wonder what is hidden behind their, often, pompous opinions. A humble person is always willing to listen to others. Being humble doesn’t mean that you change opinions as soon as someone challenges you. I found this interesting explanation of what the word humble means at a website called Dictionary.com: “Humble means ‘Modest; without an excess of pride’. A person who brags about being humble may have too much pride in being humble to actually be humble.

So, being a bit suspicious is always healthy, especially if a minister is trying to convince you that the number of maternal mortality in The Gambia is no big deal.