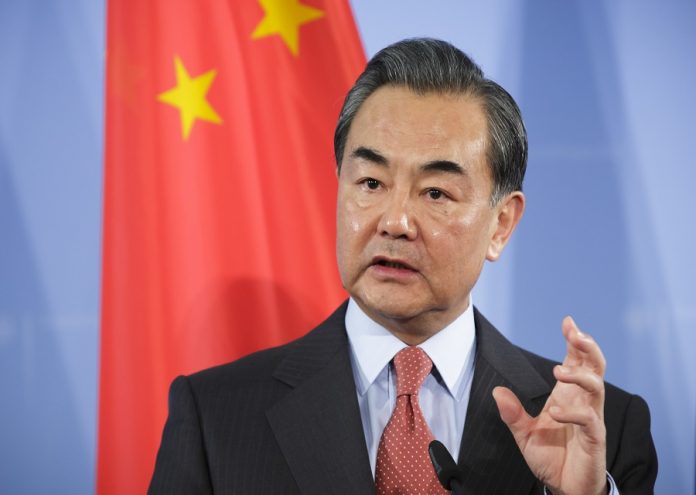 Full of ignorance of and bias against China, some people from certain countries have recently made groundless accusations against and disseminated many fallacies about China’s human rights conditions concerning Hong Kong, COVID-19, and Xinjiang.

Even a small discrepancy will lead to a great error. Malicious lies will, still worse, result in huge misconception and misunderstanding. In this connection, China’s Foreign Ministry has compiled What’s False and What’s True on China-related Human Rights Matters. In the following few days, we will publish key contents of the document, with the purpose of setting the record straight with facts. Today comes Part II: on the COVID-19.

Falsehoods find no market among the fair-minded, as we are confident that people will tell right from wrong.

1. False: China tried to cover up COVID-19, resulting in its spread across the world with over 10 million infections.

True:
?The Chinese government adopted the most comprehensive, stringent and thorough measures in the shortest possible time. The infections were largely kept within Wuhan with the chain of transmission effectively cut off.

?On 9 May, researchers from Yale University and the Jinan University found in a joint study that the measures China has taken, including city lockdown, closed management of communities, quarantine and family outdoor restrictions, have significantly decreased the virus transmission rate. Thanks to these measures, the spread of the virus was effectively curbed in mid-February. China’s national and provincial public health measures may have prevented over 1.4 million infections and 56,000 deaths outside Hubei Province by 29 February. A report published by the journal Science estimated that China’s rigorous measures resulted in about 700,000 fewer infections, or 96% of cases.

?On 25 February, the China-WHO Joint Mission consisting of 25 Chinese and international experts elaborated on the response measures taken by China and their effectiveness at a press conference in Geneva. The Mission pointed out that the usual epidemiological trajectory would be a surge in cases following an outbreak like COVID-19. China, with its robust intervention, significantly bent the curve. The Chinese people, with their resilience and sacrifice, have remarkably slowed the spread of the virus and won a precious window of opportunity for the world.

?On 23 January, when Wuhan went into lockdown, the US counted only one confirmed case. On 2 February, when the US shut down its border to China, its official case count was merely eleven. According to news reports, statistics from countries including Canada, France, Russia, Australia, Singapore and Japan indicate that most of the cases in their countries did not come from China.

?As Governor Cuomo of the State of New York pointed out, a research by the Northeast University of the US shows that the first strain of the novel coronavirus entered his state not from China. As reported by the New York Times, many US experts have confirmed that Asia was not the main source of the outbreak in New York. Canada’s provincial data also suggest that the country’s early coronavirus cases came from American travelers.

?On 21 May, Dr. Pavan K. Bhatraju from the Harborview Medical Center, University of Washington published a paper on the New England Journal of Medicine involving 24 severe cases in nine medical facilities in Seattle between 24 February and 9 March. None of the patients had recently traveled to China, the ROK, Italy or Iran, or had known exposure to a returning traveler. The source of infection in those cases was unidentifiable.

?A report released on 8 June by Oxford, Edinburgh University and Cog-UK, an academic research organization, detected at least 1,356 independent transmission lineages based on more than 20,000 genome sequencing in the UK. Only 0.08% of the transmissions could be traced to China, an impact almost negligible. The report found that the contribution of China and other Asian countries to the number of importations in the UK was “very small”.

True:
?Wuhan, the capital of Hubei Province, was the first to report novel coronavirus cases. At the most critical moment against the virus, Wuhan enforced temporary travel restrictions in accordance with the law, which mainly include suspension of public transportation, such as city buses, subway services, ferries and coaches, and temporary closing of transport links, including airports, train stations and expressways. These important measures strictly contained the infections at the source, cut off the chain of transmission, and effectively forestalled massive spread of the disease. These measures helped reduce case exportation to other parts of China and the rest of the world, playing a positive role in the containment of COVID-19.

?For a mega-city like Wuhan with more than 11 million people, restrictions on inbound and outbound travel pose an enormous challenge. The Communist Party of China (CPC) and the Chinese government took a string of measures to minimize the impact. Essential travel and much-needed key supplies were ensured, with priority given to people’s daily necessities. President Xi Jinping and Premier Li Keqiang traveled to Wuhan during the city’s battle against COVID-19. They visited local communities for first-hand information on the life of the residents, stressing that people’s essential needs must be ensured.

?Thanks to the timely, most comprehensive, rigorous, and thorough containment measures taken by the Chinese government, the chain of transmission was effectively cut off. What China did was widely recognized by the science community. In an interview on 25 January, Dr. Gauden Galea, the WHO Representative in China, said that Wuhan’s lockdown measures would effectively curb the spread of the virus, and the temporary sacrifice would be a strong contribution to global public health security.

?Recognizing the right to life as the most fundamental human right, the Chinese government is committed to putting people and life first. To protect people’s life and health, China put its socio-economic activities on hold, decisively adopted measures such as quarantine and followed WHO’s professional recommendations. Guided by science, China stopped the virus in its tracks and committed itself to saving lives at all costs. From a 108-year-old man to a 30-hour-old newborn baby, every patient was treated with no effort spared. To date, more than 3,000 senior patients aged 80 or above, including seven centenarians, have recovered after treatment in Hubei. In fact, some critically-ill elderly patients were brought back to life from the verge of death. There was a case of a 70-year-old patient who might not have survived COVID-19 had it not been for the many weeks of intensive treatment and care from about a dozen health workers. The expenses of the treatment, nearly 1.5 million yuan, were fully covered by the government.

True:
?COVID-19 struck during China’s Spring Festival, the annual travel peak on a scale rarely seen elsewhere in the world in this country with 1.4 billion people. This created unprecedented challenges for disease control. China has harnessed big data, artificial intelligence, 5G and other technologies, and devised a smart technology app called “health code” for virus containment. This app helped avert the risk of infection, and facilitated transportation and reopening of the economy. The “health code” app has been used in other countries as well, and tens of thousands of users downloaded it on the first day of its overseas launch. We have also noted that quite a number of countries have drawn on China’s experience and practice in this regard in their COVID-19 response.

?The Chinese government attaches great importance to protecting citizens’ privacy and has been working to improve relevant laws and regulations. Clear stipulations on the collection, use and protection of personal information are set out in China’s General Provisions of the Civil Law, the Cyber security Law, the Decision of the Standing Committee of the National People’s Congress on Strengthening Internet Information Protection and other laws and regulations.

?Cybersecurity threats and risks are increasing by the day, with privacy infringements and other cyber crimes occurring from time to time. China places importance on strengthening data security management and personal information protection through legislative and technological means. Relevant laws such as the Cyber security Law have clear stipulations on the collection, use and storage of personal information and the protection of data security. China cracks down on data theft, privacy infringement and other related illegal and criminal activities in accordance with law. China is committed to enhancing dialogue and cooperation with other countries on the basis of mutual respect and trust to jointly address cyber security threats and challenges and build a cyberspace community with a shared future.
Source: Chinese Embassy in Banjul