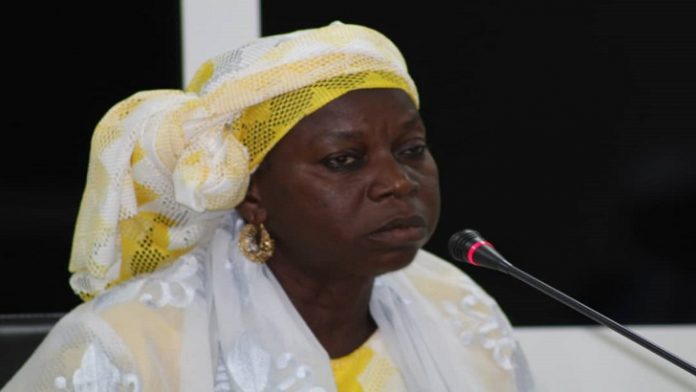 Fatoumata Camara, a victim of the April 14 UDP demonstration has told the TRRC that she urinated blood for fifteen days after being subjected to torture at the National Intelligence Agency, NIA.
Madame Camara was the chairperson of the United Democratic Party at Ebo Town and Jeshwang.

She said she had gone out to attend a marriage ceremony of her sister’s daughter when she spotted a crowd of demonstrators waving banners from the then opposition UDP.
The 47-year-old said she was seized from behind by the PIU sent to quell the protest and put in a waiting truck along with others and taken to the PIU before being transferred to the NIA.
She said she was fasting but was asked to break her fast. “I followed it up with a prayer.”

NIA Chambers
She said when they arrived at the NIA, they were called in for questioning.
“We were asked about who sent us to demonstrate. I said I don’t know. They forcefully asked me to get off the chair I was seated on during the interrogation process prior to being called by an unknown individual towards the entrance and had my head covered with a bag.

I was led to another place within the NIA headquarters on a large bed. Then he sent for sticks, but first he asked me to open my mouth. I refused. I was flogged till I fainted. I came around after the breeze from the window hit me. I tried removing the thing on my head but I couldn’t. Then I could hear them saying, ‘oh she is alive’. Then they descended on me again and one of them kicked me. I fainted. When I regained consciousness, I was held by two people on each side and taken before their bosses. I couldn’t talk, then I fainted and only woke up in a hospital. I urinated blood for 15 days,” she said.
She said former operations director of NIA Sheikh Omar Jeng told her that the more they beat them, the more powerful they became. She said both Nogoi Njie and Fatoumata Jawara were tortured. She said Madame Njie’s finger was broken and Jawara’s back had a problem.

She recalled that former Mayor Yankuba Colley was told about the incident as it happened in his municipality and was asked to intervene but Colley declined and sought advice from Ousman Sonko, the then Minister of Interior.