Women of the North Bank, The Gambia 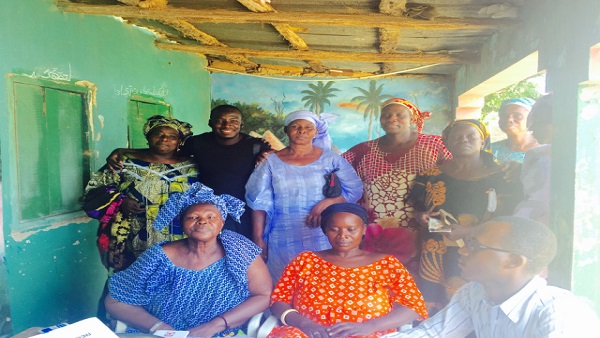 There was an unassuming beauty that I took for granted hitherto my recent trip back home. Looking back at things – I didn’t appreciate much – neither the place, nor the astounding natural beauty, especially the Atlantic Coastline and the ever flowing river Gambia – their breathtaking and magnificent “bellus”, and most importantly — the people. These were things I hardly saw beauty in until my recent trip. Maybe I was jaded and took everything as it was meant to be given or perhaps I was young and naive? Before this field research – I hardly went past Brikama, and couldn’t tell you anything about the provinces. But given my current forays into the Gambian hinterland – I witnessed the sheer beauty and diversity of the Gambian ecosystem, landscape, and its people.

Growing up in the Kombo St. Mary Region makes one to think that The Gambia is some homogeneous society, to wit, a country of few cultures – with Mandinkas and Wolofs being the most dominant tribal blocs. This, notwithstanding, isn’t the case at all. The North Bank Region of The Gambia dispelled this notion for me. The North Bank is a very diverse, intricate, yet serene, and different from anything I’ve known. Though, there’s something very original and authentically Gambian about it – a lot was foreign to me – especially the mannerisms, customs, and the laid back lifestyle. I met a great deal of Serers, Bambaras, Manjagos, and Fulas in this part of The Gambia, and interestingly, I heard folks speak Serer and Bambara for the first time, ever!

Furthermore, most of the folks I’ve happened to come in contact with were polyglots – speaking more than two languages – which is in and of itself quite intriguing. I traveled here to conduct focus group interviews with women who are involved in micro-enterprises, but I’m learning that human beings are more than just mere GDPs, statistics, numbers, hard data that you can just sum up in some academic journal. Humans are an amalgamation of things – things that can be both sentimental and economical – things that transcend the realm of academia or economic development.

Additionally, I think my short trip up here is and will not be enough to study the lives of these women – some of whom wake up everyday thinking where the next meal is going to come from, but still manage to provide food for their families. Folks who are considered poor yet willing to share the little they have with their neighbor. Alexis De Tocqueville’s Democracy in America and the communalistic life that took place in Antebellum America is probably the closest nexus I could draw here. Nevertheless, these folks go beyond De Tocqueville’s observations of Antebellum America – they are the true embodiment of a communalistic society – albeit lacking the sophistication of a kibbutzim. They are grocers, bana-banas, haberdashers, gardeners, farmers, petty traders, among other things. Their entrepreneurial spirit, morphed with their resolve and fortitude makes one to dream, yearn, and optimistically think of a Merry Gambia. If there’s going to be a Merry Gambia anytime soon, these women are most certainly going to be the catalyst.

Interestingly, these women are not asking for anyone’s pity – all they want is opportunity, access, and an avenue to more capital – to catapult them out of poverty, in the process, bettering their lives and that of their families. They’re political, sophisticated, witty, and savvy business women. I’m literally running out of adjectives just to explain their complexity, resolve, and determination. Given the fact that most of their husbands are also very poor and rely mostly on subsistence agriculture for their survival; where a bad rainy season could have some devastating, seismic ramifications on their livelihoods.

The women never idle by – they’re traveling to “Loumos” scraping whatever they could to hold the family together. Some of these frontiers’ women, for the good part, wake up every morning, without a single butut under their names. For the first time in my life, I’ve met people who told me that they sometimes go a whole day without a meal; they also go for days without holding a single Dalasi. Some of them never had savings, their income ranges from 500-1000 Dalasis/month, based on the season. I’ve read these things on paper, but for some reason, I pictured some faraway place, some war-zone, a famine ravaged area – not the North Bank of The Gambia – which is less than 20 miles from the Gambian Capital. This was truly a watershed moment for me.

Consequently, whenever you ask some of these women how they survive, year after year, even though they have no means of buying food for most of the time – they nonchalantly hit you with the profound: “God.” For a good many folks – this idea would come across as completely ridiculous, incomprehensible for folks to keep believing in a God for their whole existence who seldom answers their prayers for financial stability or upward mobility. How do they even get by? How could this be anyone’s normal? One could even broach and ask the sacrosanct: Does God even hear their prayers? But, faith leads to conviction and conviction leads to hope – which leads to optimism. These women, after all they’ve been through, after all their hardships, difficulties, challenges, remained steadfast and hold on to their belief in God, and they said that’s how they keep smiling everyday, knowing that God will provide.

Epistemologically, it’d be mind blowing for many researchers to wrap their heads around such notions, and for that, it goes beyond anything I’ve understood about human beings; that they still think that an abstract being will keep providing for them, even though they go without food for a day, sometimes, and giving up is not something that’s even in their diction. They’re always hopeful, cheerful, driven, optimistic, and above all else family oriented. That, ladies and gentleman, is the epitome of hope and fortitude. The women of the North Bank surely opened my eyes to the true definition of resilience, faith, temperance, optimism, and hope. Meeting and learning from them has fundamentally altered my comprehension of the human experience; that of life and the living of it, and I’m most certainly the better for it.