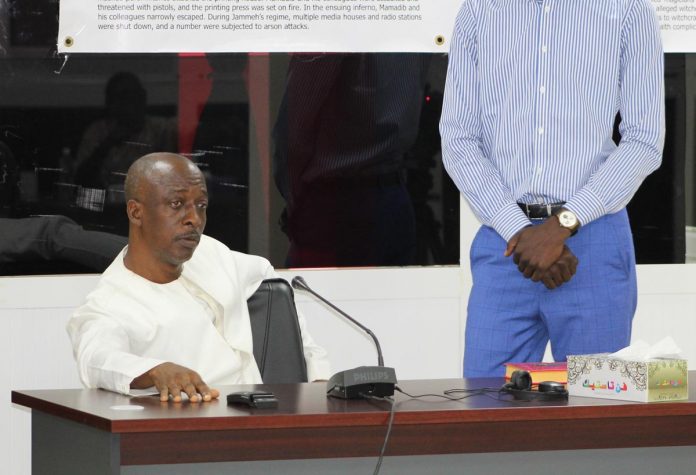 The High Court presided over by Justice Ebrima Jaiteh yesterday dismissed the bail application of former AFPRC junta member Yankuba Touray and sent him back to remand wing at Mile II on the grounds that the severity of the punishment before the court is unbaillable.

Touray is standing trial on a single count of the murder of then Finance Minister Koro Ceesay.

He argued he had constitutional immunity and the court subsequently entered a plea of not guilty for him at the special criminal division of the High Court in Banjul.

“The application for bail is hereby refused and accordingly dismissed,” the judge stated.
The counsel for the accused lawyer A. Sissohor submitted that the case be transferred to the Supreme Court for interpretation because the accused person claimed constitutional immunity .

The trial judge at this point referred both parties to the law that governs the referral of matters to the Supreme Court for interpretation.

“In my view the accused person by merely stating to the court that he claims constitutional immunity is not sufficient in law to warrant this Honourable Court to make a referral to the Supreme Court.

“I therefore ask myself which question or provision of the law would be referred to the Supreme Court for interpretation.

I must emphatically state that there is no question of law or provision of the constitution placed before this court to be referred to the Supreme Court of The Gambia,” Justice Jaiteh ruled.

At this point the court ordered for the prosecution to line up their witnesses to testify as well as file their processes.

The case is adjourned to 14th October for the prosecution to call their witness.