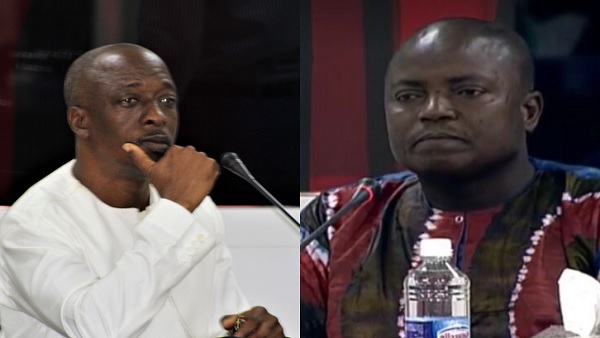 The murder trial of former AFPRC member, Yankuba Touray who is charged with the killing of former finance minister Ousman Koro Ceesay, has begun with the second prosecution witness giving evidence.

During yesterday’s sitting, Ensa Mendy, a former bodyguard of Retired Captain Yankuba Touray, told the high court that he served as an orderly to Yankuba from August 1994 to 2001.

He said in June 1995 when former President Jammeh was travelling to Ethiopia to attend the summit of the then Organisation of African Unity, it was Yankuba who told him about Jammeh’s trip.

He said after closing from work, they left for Yankuba’s residence and after having lunch, they returned to the State House where Yankuba met President Jammeh for almost an hour. He said when he came out they all left for the airport to see off the president.
The witness explained that Yankuba Touray then instructed him to go home with his driver, Lamin Ndure, as he was to join one of the Council members.
“I informed his driver accordingly and we both boarded the accused person’s vehicle and drove to his home,” he said.

He said whilst at Yankuba’s residence between 6:00pm and 7:00pm, he received a call from him and the other guards to go to a place around BB Hotel beach side in Fajara for a patrol.

He told the court that the accused person informed him of a ship or boat heading into Gambian waters and was a threat to national security.
Ensa Mendy further told the court that he set out to the beach as instructed by Yankuba Touray with the guard commander, one Jangum, now a captain in the Gambia National Army as well as one Lamin Bojang.

“We all patrolled the beach but could not see any unusual movement of any ship or boat. I contacted the accused to tell him so but he asked us to continue until when he called us to come home. We stayed on the beach until the accused called me to return to the residence,” Ensa Mendy stated.
Hearing continues on Thursday.