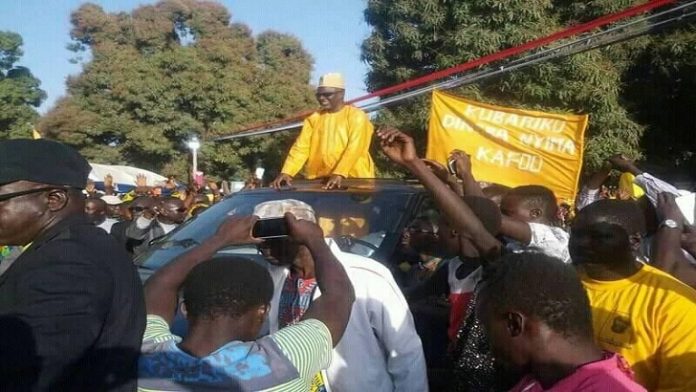 Thousands of supporters of the United Democratic Party turned up yesterday to welcome back party leader Ousainu Darboe from a six-nation tour abroad.

Speaking to journalists on arrival, Darboe said the tour could be described as the best ever. “It was hectic but very successful. We met the Gambian diaspora in general and discussed with them the UDP policy and also listened to their concerns about the country. In the process too, many people switched their allegiance to the party,” Darboe said confidently.

He said the Gambian diaspora have a great stake in the national development agenda contributing about 20 percent to the country’s economy. They said they deserve to be franchised, at any Gambian election and I think it is now their right which is imperative. They must be allowed to vote in our elections,” Darboe said.

A large convoy of vehicles lined up the highway from the airport to his house amid chanting and singing.