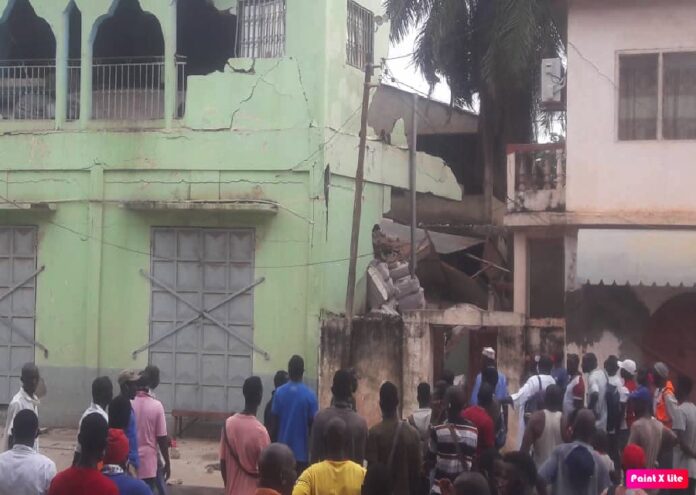 At least two people were injured after a storey building in Banjul collapsed on Saturday.

The Standard understands that one child and an adult woman, who sustained minor injuries, were residents of the building. It was not immediately clear what caused the collapse.

The building is located between Hagan and Leman Streets along Angle Sea Street.

According to reports, the lower floor of the building was a warehouse, while a family occupied the upper floor.

“We’ve seen cases of buildings collapsing in Banjul, with the first being at Grant Street (opposite the Banjul – Brikama carpark) in 1976. Some of the most recent being Guaranty Trust Bank Headquarters Building along Kairaba Avenue in the late 90’s. In 2014 Savage Kunda opposite FitzGerald Street in barely three years ago etc,” noted an angry Banjul resident, who added that in many of these cases “the story is the same; a building under construction collapsed on people injuring or killing people amid claims that construction plans were not approved or shoddy workmanship.”