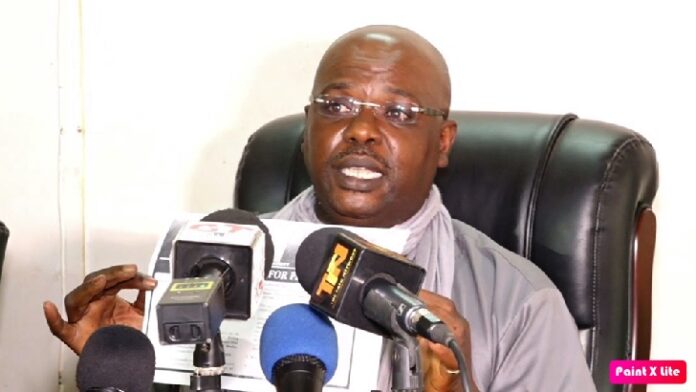 Mustapha Batchilly, the Chief Executive Officer of Banjul City Council has strongly denied reports suggesting that there is “mismanagement and corruption” going on at the council, saying such reports are “false” and are intended to tarnish the reputable image of the council.

In a press conference on Friday, Mr. Batchilly shed light on the allegation against the council and its mayor. “We all know what is going on. There is a smear campaign against Rohey Malick Lowe. Others are associating it with politics.”

Commenting on the D10 million microfinance project initiated by Rohey Malick Lowe, and designed to empower Gambians women, he said, the project was singlehandedly initiated by the mayor.

“This is a campaign promise that she is fulfilling. BCC didn’t grant her and I can clearly tell you that this is not coming from our accounts. If anybody wants to consolidate this truth, the person can contact officials from the Trust Bank. We have nothing to do with this project.”

Meanwhile, on the issue of 100, 000 facemasks also initiated by the mayor, he said almost 50, 000 facemasks have already been secured and distributed and the mayor and her team are working tremendously in ensuring that these objectives are achieved.

“I had people saying that Mayor’s Personal Assistance (P.A) was included in a U.S trip only for her to refuse to return to the country. I can tell you that this is not true because she is currently at the council doing her work.”

Mr. Batchilly was also quick to debunk claims that one park in Banjul was sold to GPA which led to the council receiving two compactors from GPA.“That’s rubbish. Here is documentary evidence to prove the so-called claims are false,” he noted.

The land that was sold to “Nandu” behind the National Assembly, he explained, was just sold at D2 Million. “It is not true that the land was sold at D3 million, and that the remaining D1.5 million was shared between me and Rohey Malick Lowe. Where can we get that D1.5 million from?

“I believe the documents are here to see the amount of which the said land was sold. They are trying to do everything possible to tarnish the image of the council but I can tell you that it will not work.”

According to him, during the past 20 years it was very difficult for councils to function effectively for the fact that they were directly under the purview of the central government and a lot of “interference” into the day-to-day management of the councils was happening.

“This is the first time we are having a mayor who is not interfering into the daily management of the council. The mayor and her councillors are working effectively in coming out with development plans that are good for the council and the people of Banjul.”

“Let me make it clear to all of you that we are having less interference from the mayor as being portrayed. This is the very mayor who has given the council a lot of things. So, if I hear some smear campaign against her I am compelled to come out with these facts. She is benevolent to the council. In fact, she has been supplying the council with a lot of materials.”

The objective of Rohey Malick Lowe, he added, is to totally revamp the council and position it in the right direction.

“I can tell you that from 2018 to date, there have been massive changes in the way the council was run and in terms of bringing development to our taxpayers. This has led to an increased level in terms of our revenue base, administration outputs and our relationship with other stakeholders.”