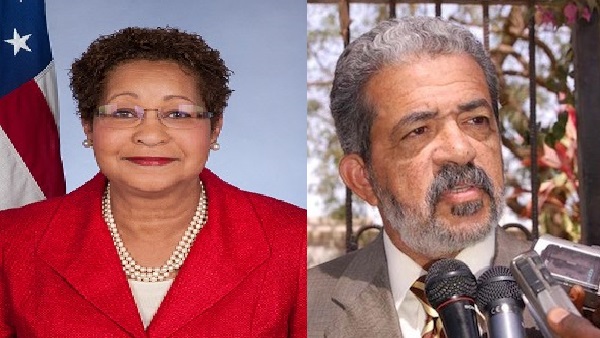 The Association of Black American Ambassadors (ABAA) has issued a statement identifying itself “with people of conscience around the world, in mourning the brutal deaths” of George Floyd, Ahmed Arbery, Breonna Taylor and other unarmed Black Americans.

The ABAA statement read: “We offer our prayers and condolences to the Floyd, Arbery and Taylor families and for all those unjustly killed, wounded or detained. ABAA condemns the actions that led to the death of George Floyd, which once again bring attention to the longstanding systemic and systematic discrimination against Black people. Equally, the ABAA censures and renounces the mindset and actions borne of racism, sexism and anti-immigrant attitudes that risk making it acceptable to take innocent lives which is antithetical to American and international human rights law. We believe it is time for all people of conscience to voice their opposition to legally sanctioned violence; it is tarnishing America’s image at home and abroad.

“The members of the ABAA have represented American foreign policy and American values in Washington and in US embassies and consulates around the world under both Republican and Democratic presidents and secretaries of State. Throughout our service, calling on host governments to uphold their commitments under the UN Charter and their own laws was a fundamental duty we took seriously. Most of us have left the active diplomatic service, but as individuals and an organisation, we have always been and remain committed to human rights, justice, and equity. We oppose all forms of racism and discrimination.

“While acts of violence against unarmed Black citizens are not new, we speak now to express our contempt about ongoing acts of police brutality as well as our society’s stubborn resistance to addressing institutional racism. We spent our careers looking beyond America’s borders, but these shocking events call us to look inward and join with others in opposing discrimination and oppression in all its forms. We join our fellow citizens, brothers and sisters in demanding an end to inhumane police practices; we call for accountability, fairness, transparency, and transformation in our national, state and local institutions, including legal, judicial and law enforcement systems, to prevent future violence of this kind….”

The ABAA members include at least two former US ambassadors to The Gambia, C Pat Alsup and Barry L Wells.
Ms Alsup served as ambassador in Banjul from 8 October 2015 to 18 September 2018. She earlier served as deputy chief of mission at the embassy from 2005 to 2007.
Mr Wells was appointed ambassador on 29 October 2007 until 13 May 2009. He also served as director of the Office of Civil Rights.