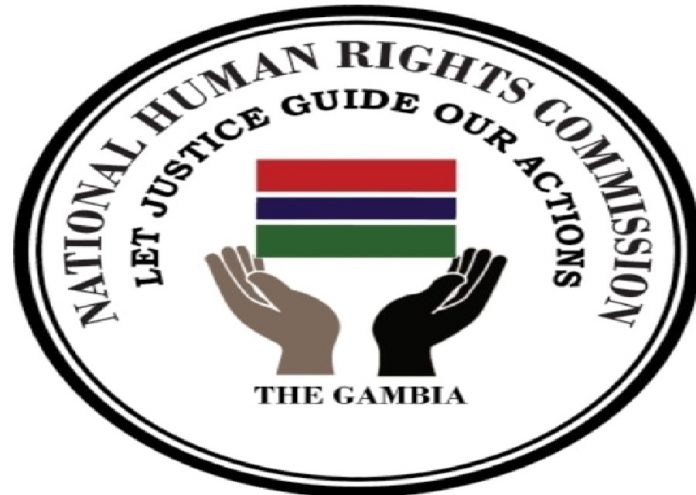 In a statement shared with The Standard, the group which led a spirited and successful campaign against the inclusion of the definition of The Gambia as a secular state in the new constitution, argued that NHRC’s recommendation for the protection of the rights of gays is anathema to The Gambia as “a prayerful nation…of religious people”.

It argued that NHRC’s recommendation to the government to take legal and other measures to protect the human rights and equal treatment of lesbian, gay, bisexual, and transgender (LGBT) persons in the country “is completely out of place and order”.
The statement read: “Such a recommendation should be completely ignored and regarded as a national security threat which has the potential to instigate serious civil unrest. The definition, interpretation and application of human rights in any sovereign independent state is and should be a reflection of the norms, culture, beliefs and practices of its people. It is the people who elect National Assembly Members to represent them at the legislative level and make laws on their behalf. It is the people who exercise their voting rights and elect a president to lead them. The Gambia comprises Muslims and Christians. Muslims constitute about 95% of the population.

“The definition, interpretation and application of human rights in The Gambia is outlined in the country’s Constitution and Laws of The Gambia… Even though Section 12 (e) of the NHRC Act 2017 empowers the commission to ‘promote awareness of, and respect for human rights’, the exercise of this function should not be against existing laws of the country.

“Even though Section 12 (e) (vi) of the NHRC Act 2017 allows for the commission to enter into ‘effective cooperation with non-governmental organisations and other public interest bodies engaged in the field of human rights, discrimination, economic and social development, protection of vulnerable groups, universities, faith based groups, youth advocacy groups and other civil society organisations’; such cooperation should not be with entities that seek to promote rights which are against our national laws and which are incompatible to our norms, culture, beliefs and practices as a nation and a people.

“Even though Section 12 (g) of the NHRC Act 2017 empowers the commission to ‘liaise and cooperate with local and international human rights organisations to advance the promotion and protection of human rights’, this specific function should yet again not be against the constitutional provisions and the Laws of The Gambia.

“With regard to commitment to international treaties and conventions, it should be underlined that The Gambia is a dualist state. For states with a dualist system, international law is not directly applicable domestically. International laws must first be ratified and domesticated by the National Assembly to form part of our local laws before it can be applied by national courts. This is reflected in the 1997 Constitution as well as the 2020 CRC Final draft Constitution. Section 10 of the CRC final draft constitution excludes international treaties/laws to form part of the laws of The Gambia, unless such laws or treaties are incorporated or domesticated by an Act of Parliament. Therefore international laws and treaties can only serve as persuasive means in court or be used as aid for the interpretation of fundamental human rights as per subsection 3 of section 10 of the CRC final draft constitution.

“The NHRC is aware that it is an offence in The Gambia to commit “unnatural offences” or homosexual acts. Section 144 (1) of the Criminal Code stipulates a punishment of 14 years imprisonment for anyone convicted of sodomy in The Gambia. The NHRC is aware that the Criminal Code (Amendment Act) 2014 stipulates a maximum sentence of life imprisonment for the offence of “aggravated homosexuality” and other penalties for certain homosexual acts. The NHRC is aware that the LGBTQI was not mentioned in the CRC Issues Document, and LGBTQI was not discussed in CRC public consultations at home and abroad since Gambians never even remotely considered this issue as an item to be discussed.

“LGBTQI is definitely a non-starter and has no place in our national development discourse. We have more urgent and important national development priorities to deal with such as to curb illegal migration; increase youth employment and employability opportunities; fix the ever increasing problems of land disputes; reduce crime rates; invest in agriculture for increased food self-sufficiency; invest in health and education to significantly improve the quality and scope of our national health services and educational delivery systems; provide efficient, affordable and reliable energy services with a very wide national coverage; tackle corruption and much more.

“…LGBTQI has no place in The Gambia. We the people of The Gambia do not and shall never accept this immorality, unholy and un-Godly act which goes against our culture, norms beliefs and practices. The NHRC has woefully failed in its mandate by going against the culture, norms, beliefs and practices of majority Gambians. Since the NHRC has now clearly demonstrated its true colours which is to promote the anti-Christ and anti-religion, then Concerned Citizens shall similarly stand ready and concerted to tirelessly campaign against the NHRC and call them out for the hypocritical double standards they seek to play. If the principles of human rights and democracy is what the NHRC seek to truly uphold, then let it look to what the majority, the 95% hold as culture, norms, beliefs and practices, and respect them…

“Our religious beliefs, cultural identities, norms and practices must be respected by all and without any exception. We completely stand against and reject the sodomisers and gender erasers. Never in our country! We are Muslims. We are Christians. We are Concerned Citizens.”