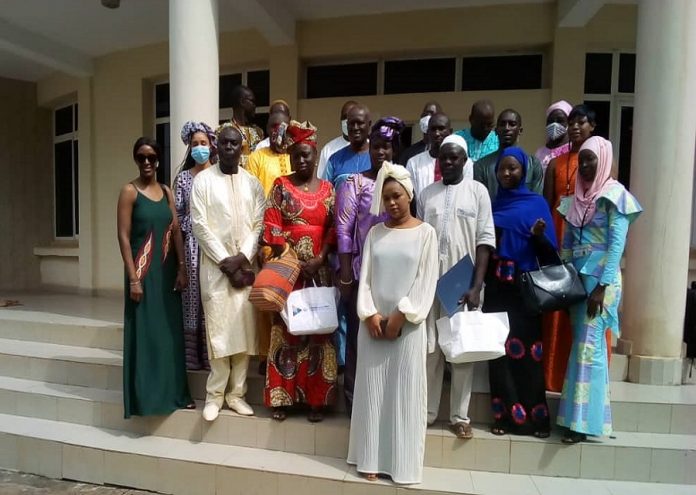 The training, held at NaNA conference hall, was conducted by GFA Business Development Services and funded by the European Union and organised by the Ministry of Finance and Economic Affairs.
The training was aimed at building the capacity of government employees in public financial management.

The training also deliberated on the state of financial processes in government including the critical issues of budget support from institutions such as the EU, macroeconomics and the budget, principles for sound budget preparation, Medium Team Expenditure (MTEF) as well as Budget Execution and Internal Controls and Internal Audit.

Speaking at the closing on behalf of her permanent secretary, Juldeh Ceesay, deputy permanent secretary Ministry of Finance and Economic Affairs thanked trainers for properly training participants. She also thanked EU for their support.

She added that she hopes participants will upon return to their various institutions and demonstrate efficiency and effectiveness in administering all financial transactions.
“You have as a result of your concerted efforts, created a special group of financial experts of whom I can say our government is proud”, she stated while congratulating them for the excellent results of the training.

Madam Ceesay described the financial services industry today as a challenging one with the traditional lines of business being expanded into new areas and new business models.
She pointed out that skill set requirements have also evolved in tandem with the growing diversity and complexity of financial channels; together with the sophisticated expectations and new technological innovations.

DPS Ceesay urged for more capacity building trainings to ensure our financial experts keep up with these challenges.

Gheran Senghore, Managing Consultant for GFS Business Development Services said the training was conducted as a result of gaps in the financial system, adding that the training was directed at making sure they are able to cover some of these gaps and lapses that are in the system for better management and transparency within Gambia government.
He said they hope to train more people in financial management including budget support and other areas.

Yaya Drammeh, DPS Ministry of Finance and Economic Affairs who was one of the participants described the training as very important saying they also learned from the experience of other participants. He added that the knowledge gained will enhance their performance and productivity.