50% of Banjul households yet to get Gov’t food aid 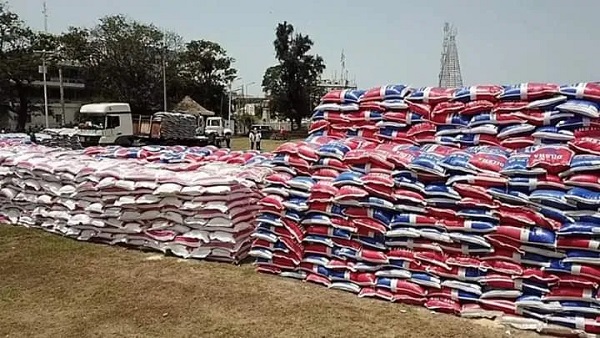 Eid-ul-Fitr has been observed in Banjul without the government food aid reaching the doorstops of nearly half of the households in the city, The Standard has been reliably told.
Already, the government’s food aid distribution has started in the various wards of the city but The Standard was on Monday informed that only half of the nearly 5000 projected households in the capital have benefited from the state’s emergency support.

In an interview with this medium, BCC Spokesperson Momodou Lamin Bah explained that government had given the council 2822 food coupons, 50 of which were double prints. He said the town-hall had, as a contingency measure, sought for 5000 coupons.
“As a result, only 50 % of the households in Banjul will benefit because the total number of households [in Banjul] from our data is 4900 but this can go up to 5000,” he added.

When put to him that the food aid distribution in Banjul has generated deafening complaints from so many residents of the city, the BCC spokesman explained:“People are complaining and they could not understand why others were given and others left out. This is the reason we launched the Banjul Relief Initiative to fill in the gap to complement the efforts of the government.”

He said the country now needs directing efforts on the humanitarian crisis at hand rather than sentiments that could hamper the collective efforts to combat its consequences on the population.

By Omar Bah The spokesperson of the United Democratic Party has accused the Independent Electoral Commission of trying to run down the clock in taking...
Read more
News

By Omar Bah The Covid-19 frontline health workers have threatened to go on a sit-down strike today, unless the Ministry of Health addresses their demands. The...
Read more
News

By Omar Bah The leader of the United Democratic Party has urged his party supporters and Gambians in general to avoid insulting President Barrow's parents...
Read more
- Advertisment -