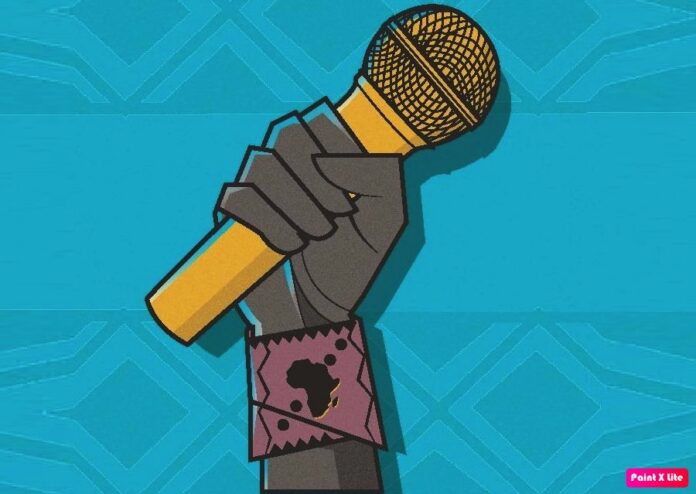 This is a question or a reality that I have been confronted with while working on a poetry anthology which is currently being translated to be published in English and Bahasa Indonesia (Indonesian). One of the chapters in the book is ‘Poetry in Mandinka’, which contains poems written in the Mandinka (language). Mandinka is a native Gambian language; and is widely spoken across the West African region. In this context, the need arose to translate these poems into English prior to their translation into Indonesian.

Naturally, I became the best person to do this translation—first, I am fluent in both Mandinka and English; second, and perhaps, most importantly, I authored the poems. However, despite being so well equipped, I found translating them much harder and more challenging than expected.

Poetry translation is the relaying of poetry into another language other than the one it was primarily written in so as to make it available and accessible to a wider audience. Whether poetry can be translated has been debated throughout. Compared to prose, poetic language is considered the most difficult to translate. As a result, the best person to translate poetry (like editing poetry) is a poet as s/he will have a better understanding of the basic elements of poetry. These include its diction, syntax, imagery; figurative language, sound effects, rhythm and meter, and structure. Although most modern poetry is written in free verse form—which does not use consistent meter patterns, rhyme, or any musical pattern and follows the rhythm of natural speech—”a regular pattern of sound or rhythm may still emerge in its lines”.

Poetry, for some, cannot be translated at all. Or, it cannot be translated in the way prose, say, medical or legal documents–cum–books, or novels, are translated. The challenge in poetry is its specific values which include aesthetic and expressive values. For people like Samuel Johnson, poetry indeed cannot be translated, as its beauty cannot be preserved in any language other than the one it was originally written in. The aesthetic function of a poem is achieved through its diction (choice of words), figurative language, and the creation of rhythm, rhyme, meter, and specific expression and structures while the expressive functions put forward the writer’s thoughts (or process of thought) and emotions. Poetry expresses raw emotions. So, in order to truly translate a poem, the translator would have to transfer all the above-mentioned elements of the original poem into the target language.

The first challenge a translator, other than the author of the poem, faces is to understand the meaning of the poem, the feeling–cum–emotions expressed in it in order to transfer them into the target language. Here, s/he will be faced with nuances of the meaning of words, i.e. to understand which of the various meanings of a word is intended by the author—whether it is denotative or connotative in meaning.

This was the case for Halil, currently translating the poems to Indonesian, in the following stanza in the poem ‘Idiotic Idiosyncrasies’:

Some people make you want to puke,

Others make you want to go nuke.

His concern was the word ‘nuke’ which, if I intended to mean nuclear weapon, would make the phrases ‘to puke’ and ‘to go nuke’ incomparable. So, as the author, I had to explain their contextual meanings to him.

Differences in grammatical structure and literary patterns between languages are another challenge in translating poetry. Grammatical rules compulsory for prose are not obligatory for poetry, so poets may not follow them strictly. In fact, some poets toy with grammar rules as a creative device (to make their work stand out).

Cultural difference is another challenge in translating poetry. Different cultures and languages have different takes on how poetry functions. “The translator would need to have a profound knowledge and understanding of idioms and phrases which are a product of specific traditions and mentalities, or words or expressions that contain culturally-bound word(s).” The translator may also not find any corresponding idioms or expressions in the language of translation. Literal translation of these idioms may not work as it could make them lose their meaning.

This is one challenge I was faced with in relation to idioms, proverbs and sayings used in the Mandinka poetry. One such example occurs in the poem ‘Kumoo (kaalamo) (a word spoken)’, an idiom in Mandinka, in the lines:

If translated literally, as below, its true meaning is lost.

A word is also a calf,

When released, it goes to the mother.

The sound of a poem is one of the major problems in translation.  The sound here includes the following: rhyme which is the matching of final vowel or constant sounds in two or more words; rhythm, the regular recurrence of the accent or stress in a poem; assonance or the repetition of vowel sounds; alliteration or the repetition of the same sounding letters, etc. The translator must endeavor to maintain the sound especially if the beauty of the poem relies more on it rather than the meaning (semantic).

The beauty of the poem ‘hani? a yaa tara (even if)’ lies in its sound. It is a poem belonging to the nonsense poems category. Once translated into English, the sound in which its beauty lies, was lost as can be seen in the translation of the following lines:

Your behavior is as unruly as a bride

You are as blessed as midnight

You are as old as old itself

You are as ugly as a hippo

You are as quick as a bell

In terms of maintaining the rhyme in the translation of a poem, I was unable to generate it in the poem ‘Ala la kuwo lu (issues about Allah)’ in its English translation.

The form of a poem is deliberately chosen by an author as an integral part of it. It should therefore be preserved in the translated version. Example, a sonnet (fourteen lines) should be maintained as such and the same applies to an elegy or ode. The poetry types, as in narrative poems or lyric poetry, should be maintained too.

The shape of a poem, as in shape poems, should be preserved as the shape adds to the meaning of the poem. The shape is also in its stanzas. So, a couplet should be translated into couplet, a tercet into a tercet, etc.

‘Religious hypocrites’ (in English) is a shape poem— in the shape of a dome of a mosque. I await to see if that will be maintained in its translation in Indonesian.

Roman Jakobson, linguist and literary theorist, writing about the possibility and impossibility of translation stated that poetry “by definition is untranslatable. Only creative transposition is possible” as no matter how good a translated version of a poem is, it can only be an approximate of the original. He asserts that it is impossible to carry over the special qualities of a poem from one language to another and that a translation is but a creative reinterpretation of a poet’s original work. This is the reason many translations of a particular poem will exist.

“Literary translators have two options when translating poetry. They can either translate the work for accuracy, thus losing much of the beauty of the language (the “poetry”), or they can translate the poem for beauty, thus losing much of the accuracy.” They cannot have it both ways. “Only rarely can one reproduce both content and form in a translation.” So, every time a poem is translated into another language, something is lost or sacrificed; as there is no one-to-one equivalent when comparing two languages, even if they are of the same language family. Poetry as Robert Frost once described is “what gets lost in translation.”

Example, in the poem ‘Jambuur Maarikeen’ once the following lines are translated, their meaning and beauty in terms of sound and structure are lost:

The home of one-legged Demba with nine ways of walking,

‘Sansa?di? bolo? baa.’ from the same poem is an idiom the word-for-word translation of which will be ‘small fence big creek’, which obviously doesn’t make sense. So, I ended up settling with ‘A settlement which no one dared to attack’.

Of those who believe poetry can certainly be translated, some postulate that authentic translation only happens when the poet him/herself translates his/her own work. Any other translator is obliged to interpret the work within his or her linguistic framework whereby even if the essence of the original poem is maintained, it is a new poem, a creative product of the translator. Because poets preserve a particular language in their poems, to translate a poem is to create a different poem in a different language. Joy S. Buchanan, a poet, publisher, poem-to-poem translator, and editor at our medical poetry platform—Medpoetry: Healing words, during my discussion with her about the possibility of poetry being translated, stated: “Every translation is a new piece of writing that didn’t exist before. A translated poem is a new poem in translation. One definition of translation is ‘to speak in another’s voice’”. As a way of proving her point, she went on to say “A portrait artist does not invent the face but he has still painted a portrait. I never heard anybody say that a portrait was not a work of art because the artist got the face off somebody else.”

Despite the fact that the best way to truly appreciate a poem is in its original, unaltered form, a number of methods are employed to make poetry accessible in other languages and cultures. These include: literal translation, metrical translation, rhyming translation, verse-to-prose translation, etc.

Finally, it is important to remember that not all poems of a language should be translated. Poems rich in national or cultural attributes when translated into another language tend to lose their meaning and emotional appeal. They end up sounding hollow and will no longer be ‘felt’, as we say in The Gambia, when heard in another language. The hollowness and lack of connection can be akin to the one we feel when we hear our national anthem, ‘For The Gambia’ (though not a poem), when translated from English and sung even in our own Gambian languages. As Joy said “Some things are simply embedded in their own culture. The kankurang cannot do his dance in a pin stripe suit.” This is the reason why I had never wanted or intended to translate ‘Jambuur Maarikeen’ into another language.