ACTIVIST TELLS GAMBIAN GAYS TO COME OUT OF THE CLOSET 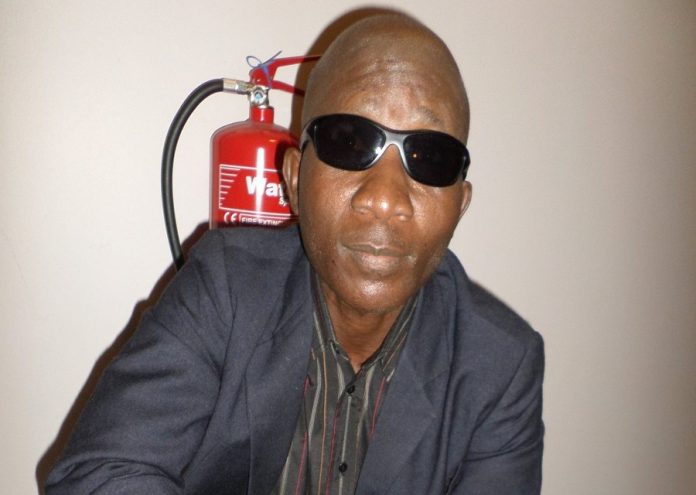 A human rights activist has called on the members of the lesbian, gay, bisexual, transgender and queer (LGBTQ+) community in The Gambia to come out of the closet.
Speaking in a Standard exclusive, Ebou Sohna said gay people in the country should “be assertive and live their lives normally as all heterosexuals do and shouldn’t keep suffering, trying to hide their identity and nature”.

He said while the National Human Rights Commission is reported to have recommended for the rights of LGBT persons in The Gambia to be respected, “it is one thing to make such a good recommendation, but another, to lead the fight and advocacy of the rights of this minority community in the country”.

Sohna who clarified that he is “not at all gay”, said he supports gay rights “simply because human rights are universal, inherent and indivisible. As an activist, I recognised these principles and therefore knew that to be truly a human rights activist, I shouldn’t in anyway or form be compartmentalised in my activism. This was simply why the rights of children, women, social, cultural, economic and political rights including LGBTQ+ rights, are all of interest to me.”

Decriminalisation
Mr Sohna who is undergoing criminology and law studies in the United Kingdom, said “it is unfortunate” that as with the former government, the Barrow administration continues to criminalise homosexuality.

On those who derisively wave off homosexuality as a non-issue in The Gambia, Mr Sohna contended: “I have had first-hand experience three times in The Gambia when a boy scouts leader, a messenger at one of the ministries at The Quadrangle in Banjul and a Guinean shopkeeper at Fajikunda made same–sex sexual advances on myself. This was a time when LGBTQ+ was not topical as it is nowadays. And during my human rights advocacy work in The Gambia I met over 60-year-old adults who told me they had civil servant friends whom they knew to be homosexuals. Furthermore, during the same period in The Gambia, I have carried out clandestine human rights training workshops with young persons, students then attending the University of The Gambia and GTTI in particular and some traders at the Serekunda Market. At one of these sessions, one attendee revealed that both himself and his father were homosexual.”

Fair and balance
On online trolls who accuse The Standard of fomenting homophobia, Mr Sohna explained: “I have high regards for The Standard newspaper in this regard. The paper takes all stories regardless of what public reaction may be the outcome when published. I can remember earlier in 2012, the paper took from me and serialised a long open letter I wrote to Yahya Jammeh at a time he was overtly excessive on alleged homosexual with arrests, detentions and prosecution. I distributed the open letter to Foroyaa, The Point and the Daily Observer including The Standard. None of the other newspapers published even a single line of the open letter. It was only The Standard that published it in a series of publications with supplementary serialised publications of follow up interviews published on the paper’s Bantaba column.”

“My focus would be global, but my primary focus would be Africa and The Gambia in particular looking at the conditions of the prisons in The Gambia before and now including violations of inmates as well as the corruption by public officials before and now. We see the TRRC shining a light on these things and the whole world is watching,” Mr Sohna concluded.