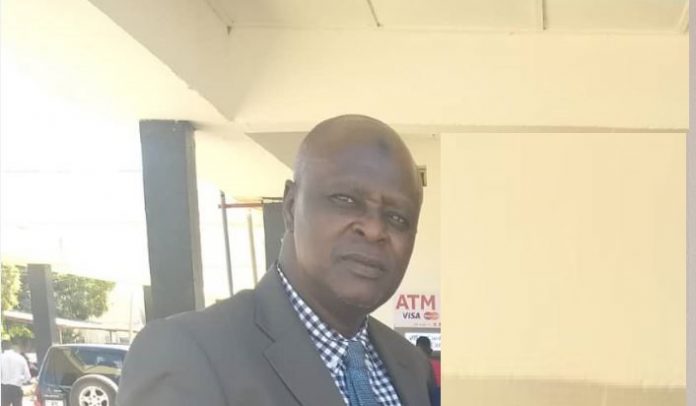 The current landers were constructed by a German company in 1977 and last rehabilitated in 2007. The GPA is projected to lose over D15 million during the one-month break.
The GPA deputy managing director, Hali Abdoulie Gai, told journalists yesterday that the prefabricated ramps have since arrived in the country from the Netherlands but the construction of the landing sites were delayed by the outbreak of Covid-19 as those who are contracted for the job are coming from Holland.

“We have worked very hard to procure new landers and if it was not the Covid-19 pandemic, the landers would have been completed by now because the people who are contracted to construct the landers are coming from the Netherlands and their government has not yet opened their borders for Africa,” he said.
He said they are cautious of starting the work before the eid-ul-adha feast because of the inconvenience it could cause travellers.

“We don’t want to create any inconvenience during the tobaski. We are engaging our counterparts in the Netherlands and make sure they are here after the tobaski because there will be a lot of movement during and after tobaski,” he said.
However, the port authorities have contracted a Senegalese dredging company to dredge the Barra ferry landing site.

“We have been experiencing a lot of difficulties with our ferries because of saltation problems. We have engaged NSMTP, a Senegalese company to do the dredging under supervision of GPA experts. They have already carried out a pre-survey of the area to ascertain what they are supposed to do because they need to dredge five metres deep and remove 20,000 metric tonnes of sand,” he said.

He said the dredging will cost the GPA about 140,000 euros. “It was a very big problem to access a dredging company that can access Barra until we found this Senegalese company,” he added.

He said they faced a lot of challenges with the fishing boats plying in the maritime environment. “They are always a concern in terms of safety. They cause a lot of operational tangles and there is fear that the ferry could even collide with them. We have since raised these concerns to the Fire & Ambulance Service in Barra, alkalo in Barra and the police,” he added.

The GPA is given the mandate to manage and provide all necessary marine and harbour facilities, cargo handling equipment and storage as well as to regulate, enhance and to carry out regular maintenance of the complex.