Africa and the world in the face of COVID-19: The perspective of an African 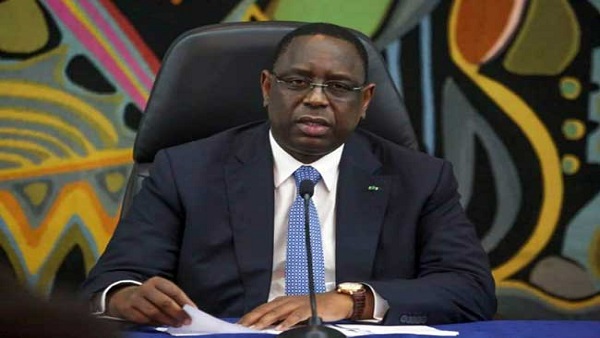 By Macky Sall,
President of the Republic of Senegal

With an estimated population of 1.3 billion, Africa is affected by COVID-19 at a time when several of its countries, despite the challenges of underdevelopment, are on a path to emergence, while others continue to grapple with terrorism. COVID-19 is thus eroding the momentum of some, aggravating the situation of others and undermining the efforts of each and everyone. In addition, it will put a strain on already vulnerable national public health systems.

At the national level, many countries have already adopted contingency plans to contain the spread of the virus.
However, the level of unpreparedness due to the sudden onset of the pandemic, its rapid evolution, and the enormous needs to be addressed, is a clear indication that national measures remain inadequate.

Added to this are challenges of importing the equipment, medical products and pharmaceuticals needed to combat COVID-19, in a context of high demand and disruption of air traffic.

If we are to win the fight against COVID-19, however, it will be necessary to maintain response capacities, including:
· Having adequate supplies of medical and protective equipment and materials: test kits, masks, personal protective equipment;
· Setting up and equipping quarantine and treatment centres for patients;
· Ensuring early detection of COVID-19 cases at referral sites;
· Ensuring rapid quarantine and management of suspected and confirmed of COVID-19 cases;

· Strengthening infection prevention and control measures;
· Ensuring proper coordination of interventions.
Despite the efforts spent so far, African countries are yet to reach the standards recommended by the World Health Organization in terms of health facilities and qualified personnel, which are still very unevenly distributed, to the disadvantage of rural areas.
In general terms, Africa’s needs in the health sector are as follows:
· Construction, rehabilitation and equipment of basic and referral health facilities;
· Acquisition of heavy equipment and rolling stock: oxygen generators, scanners, angiography devices, medical ambulances among others;

· Training of human resources in sufficient quality and quantity;
· Optimal use of ICTs in the medical field (telemedicine and other applications);
· Pooling national expertise within and between countries ;
· Establishment of regional platforms to facilitate the deployment of emergency operations, as in the case of the Dakar platform which served as an air and logistics base during the Ebola crisis that hit some West African countries.
· Support to universal health coverage initiatives.

Returning to COVID-19, it should be remembered that we are confronted with a pandemic, i.e. a worldwide epidemic. Efforts made so far in the four corners of the world have not yet revealed all the secrets of this great unknown, which has exposed the limits of all national systems, even the most sophisticated ones. All countries, taken by surprise and overwhelmed, found themselves in a kind of rescue that can situation, revealing the shortcomings of each other on a daily basis.

The first lesson to be learned from this major crisis, where the infinitely small shakes the whole world, is that in the face of cross-border threats, big or small, rich or poor, we are all vulnerable.

The second lesson is that COVID-19 reminds the world of its own contradictions. We are indeed living in an era of paradoxes. The earth is certainly round, but something, somewhere, is not right. Mankind is constantly making progress in all directions, pushing back the limits of science and technology every day, including the conquest of space. Meanwhile, on earth, there is a shortage of masks, test kits, personal protective equipment, beds, ventilators; so many products, materials and equipment which are crucial for the treatment of patients and protection of health workers, true heroes engaged in a risky and potentially fatal struggle against an enemy invisible to the naked eye. It is therefore time to come back down to earth!
And thirdly, without being exhaustive, the COVID-19 pandemic, just like the threats to the environment and the scourge of terrorism, confirms the objective limits of the nation-state in responding to cross-border threats.

Let us come down to earth and return to the wisdom of the elders, as invited by our compatriot Cheikh Hamidou Kane, who, in his best-selling novel L’Aventure Ambiguë, published 59 years ago, delievered this premonitory message:”We did not have the same past … but we will have the same future, strictly speaking … the time of singular destinies is over … no one can live on self-preservation alone ». (L’Aventure Ambiguë, page 92).
This means that any nation-state, whatever its power and means, can no longer be self-sufficient. In the face of global challenges, we all need one another, especially when our common vulnerabilities are added to our individual frailties.

So the time has come to learn from our mistakes and our limitations, to redefine the order of priorities, to give full meaning to the real economy, by investing more in agriculture, sustainable energy, infrastructure, health, education and training, in order to achieve a development that cares for the well-being of the whole humanity.

The time has come to work together so as to bring about a world order that puts human beings and humanity at the centre of international relations.
The time has come to consider public health issues on an equal footing with peace, security, the environment and the fight against terrorism, and other cross-border crimes.
The new world order that I am calling for requires mutual trust and a sincere willingness to cooperate on issues of common interest and shared values, while respecting our differences and diversities.

Above all, it demands a new mind-set that recognizes that all cultures, all civilizations, are of equal dignity; and that there can be no superior civilizational centre that dictates to others how to behave and how to act. As a wise old African saying has it:« the rainbow owes its beauty to the varied shades of its colours ».

With respect to global public health issues, this new world order will have to exclude all forms of discrimination, stigmatization and prejudice, especially towards our continent.
Africa, as the cradle of humanity and a land of old civilization, is not a no-man’s land. Nor can it offer itself as a land of guinea pigs. Out are also the doom scenarios that try to draw an apocalyptic future for the continent. This continent has undergone far more perilous and crueller trials. It has remained resilient and is standing stronger than ever!
What is important today is rather to learn the lessons of the crisis and to pool our resources and our intelligence in order to confront, in the same spirit of human solidarity, our common enemy: a silent killer which scoffs at borders, ideologies and differences between developed and developing countries.

Though lagging in development, Africa abounds in quality human resources, including eminent experts, practitioners and competent researchers, who contribute daily to the progress of medicine.
With the establishment of the Africa Centres for Disease Control and Prevention, which works in conjunction with relevant national agencies and qualified laboratories such as Institut Pasteur in Dakar, whose origins date back to 1896, the continent has a qualified scientific network connected to the global alert and management mechanism for international health crises.

The leadership of the World Health Organization is also to be commended. It would be more effective in fulfilling its mission with a increased mobilization of resources in its favour, better support for its Global Alert and Response System, and greater support for national public health systems.

At the economical level, the crippling effects of COVID-19 are already having a significant impact on the global economy. Africa, a major exporter of raw materials and importer of finished and semi-finished products, has not been not spared.
The developed countries most affected to date by the pandemic purchase 51% of the continent’s exports. European Union member countries alone absorb nearly 40% of Africa’s exports.

The drop in African exports to these countries would affect mainly hydrocarbons (oil and gas), copper and agricultural products.
Regarding imports, in addition to finished and semi-finished manufactured goods, Africa also imports consumer products such as wheat, sugar, rice, cooking oil, milk, etc.
Any shortage or price increase in such products would therefore affect the continent.
Lockdown measures adopted due to COVID-19 with the closing of air, land and sea borders, will greatly impact the transport and tourism sectors. The United Nations Economic Commission for Africa (UNECA) has estimated these losses at US$56 billion.
Similarly, migrant remittances are declining sharply.

This means that while the impact of the crisis is global, the weakest economies are the hardest it. In addition to the enormous investment needs for development, we will have to bear the shock of COVID-19, while some African countries will continue to face an added relentless fight against terrorism.

Ultimately, according to UNECA’s initial estimates, the continent could lose no less than 1.4% of its GDP growth, i.e. US$29 billion, declining from 3.2% to about 1.8%.According to our own estimates, Senegal’s GDP will fall from 6.8% to less than 3%.
Throughout the world, every country, depending to its capacities, is taking measures aimed at supporting its economy. Various instruments and mechanisms have been used, in this regard. For example, the European Union has suspended the rule of budgetary discipline according to which the annual deficit should not exceed 3% of GDP.

African countries have also been active in the face of the crisis. Thus, Senegal has adopted an Economic and Social Resilience Programme (PRES), with a total cost of CFAF 1 trillion, or about US$2 billion, with a view to combating the pandemic, as well as supporting households, businesses and the Diaspora.

We have set up a Response Fund against the Effects of COVID-19, FORCE-COVID-19, financed by the State and voluntary donations, to cover expenses related to the implementation of the PRES.
Exceptional situations call for exceptional measures. The primary responsibility for dealing with the crisis lies with us. We assume it fully.

It is equally fair and legitimate that our domestic efforts be supported in the global context of responding to the crisis. Africa must not be left behind in a global fight against a global peril. That is the whole thrust of my call for the cancellation of Africa’s public debt and the restructuring of its private debt based on mechanisms to be agreed upon.

Finally, I welcome the common African position adopted at the end of the teleconference meeting of the AU Bureau of Heads of State and Government extended to Ethiopia, Senegal and Rwanda, on 3 April 2020.
Together, let’s stay united and mobilized, upright and combative in the face of COVID-19!