Africa’s golden opportunity is flying by at supersonic speed 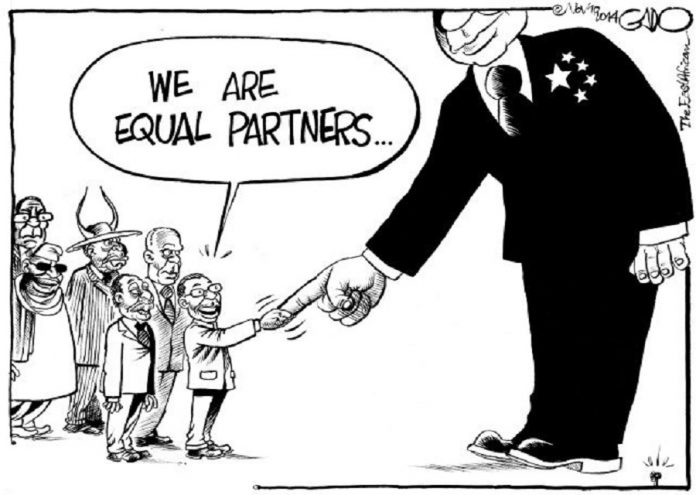 In life, every crisis offers an opportunity for improvement, or doing things in a different way. The Coronavirus pandemic crisis is no different. Its origination in China should have given a golden opportunity to some African countries to replace China as the manufacturing hub of the world. China lost credibility following the way it mishandled the pandemic.
Dictatorial governments like China have a high penchant for secrecy; as a result, China tried to hide the scope of the Coronavirus disease when it was first reported by a doctor. A Chinese doctor, Li Wenliang, was silenced when he sounded the alarm of the Coronavirus, in November 2019. Doctor Wenliang died of Covid-19 complications on 7th February 2020.

For her lack of candour, various governments (Britain, Germany, Canada, and Australia) have cancelled lucrative contracts with Chinese companies. If there is any time that Africa could have stepped in to replace China as the manufacturing hub of the world, it is now! But it is not meant to be because Africa is not in a position to be the alternative to China. Africa lacks the infrastructure, steady supply of electricity, and an educated workforce. The owners of capital are yearning for cheap labour, which Africa has plenty of. The African countries that could have replaced China as the manufacturing hub of the world are Nigeria, Democratic Republic of Congo (DRC), Ethiopia, and Egypt – if they had not veered, off course, into the abyss, since independence. Each of these African countries had a higher GDP than South Korea in 1960. The GDP is the monetary value of a country’s production of goods and rendering of services during a time period, usually a year. It could be the cost of rendering a service as mundane as a haircut, or as sophisticated as the building an oil carrying super tanker. Here is a comparison of their GDPs to South Korea’s, in 1960 and in 2019.

All numbers are in US dollars: courtesy of World Bank
As an economist – it is painful and heart wrenching to look at these numbers. You can clearly see that each of these African countries had a higher GDP than South Korea in 1960. Fast forward to 2019, fifty-nine years later, South Korea’s GDP was more than the combined GDP of the African countries. The African countries have been moving in the wrong economic direction while South Korea has been moving in the right economic direction. This is the reason for high unemployment, instability, and depravation in Africa; and the desire of the youths to emigrate, even at the risk of paying the ultimate price (their lives).

What do the African countries listed above have in common? Military dictatorships! The military dictatorships cratered the economies they inherited from the civilians, tore the constitutions, and derailed the development plans. More often than not – the military dictators were more corrupt than the civilians they overthrew. Imagine what could have been – if Africa were in a position to replace China as the manufacturing hub of the world – after the Coronavirus pandemic. We could have created millions of jobs and reduced poverty. That brings me to the question: can you imagine a Ghana without Generals Kotoka and Afrifa; a Nigeria without Generals Ironsi and Sanni Abacha; a DRC without Mobotu Sese Seko; a Liberia without Samuel Doe; or a Gambia without Yahya Jammeh? I can go on and on! African economies would have been moving in tandem with their counterparts in Asia, the Middle East, or Latin America. There would have been enough jobs for our youths in Africa, to prevent them from dying in the Mediterranean Sea, Atlantic Ocean, or the Sahara Desert. Unfortunately, it is a lost golden opportunity for Africa. Thanks largely-to the illegal military dictatorships!

Owners of capital will always look for cheap labour to manufacture their goods. Remember, the Industrial Revolution started in Britain around the early 1800s. Britain jealously guarded the intellectual knowledge of the cotton gin machine. People with knowledge of the early machines were barred from emigrating. That did not deter the owners of capital from looking for cheap labour, first in Belgium and the low-lying countries of The Netherlands and Luxembourg, which have a similar topography as England’s, then on to continental Europe, and later the United States.

Chinese leaders Deng Xiaoping, Hu Yaobang, and Zhao Ziyang laid the groundwork for China’s current manufacturing prowess, in the late 1970s and in the 1980s. They built infrastructure, invested in agriculture, healthcare, and education. China has cities built around the manufacturing of a single product. There are cities or towns that manufacture only one product, like tooth brushes, spoons, or toilet paper, you name it. The centralised nature of manufacturing reduces the costs of production, which is what the owners of capital are looking for. Providing jobs for her citizens is the only way for the government of communist China to maintain power.

Likewise, Kwame Nkrumah of Ghana also understood the importance of infrastructure, education, healthcare, and a reliable energy supply a decade or two before the Chinese leaders; therefore, he built first class highways and the Akosombo Dam, which sold excess electricity to neighbouring countries. Education was free from kindergarten to university. An educated workforce is a more productive workforce. The Jewish diaspora is the most successful, in human history, and pumps a lot of resources into Israel. However, part of Israel’s economic miracle stems from the influx of Soviet Jews into Israel in the 1980s. These immigrants had degrees in the STEM fields (Science, Technology, Engineering, and Mathematics). As a result, even though Israel is not endowed with fossil fuels, like her neighbours, she is more developed than them.

The Democratic Republic of Congo is endowed with every essential or rare mineral in the world. Patrice Lumumba would have used the resources to build infrastructure, schools, and hospitals– not loot the treasury to build a mansion in every major European city, like his successor Mobuto Sese Seko. Kwame Nkrumah was not wealthy when he was overthrown; Sir Dawda did not have 180 compounds when he was overthrown.
Africa would have been more than ready to replace China as the manufacturing hub of the world, if our founding leaders had not been overthrown by military dictators. Unfortunately, we had a string of coup d’etats, by military commanders, whose main objective was self-development. It is little wonder that countries like Botswana, Senegal, and a handful of others, which never experienced military dictatorships, are among the most prosperous and stable.

The other evils that retard Africa’s growth are tribalism, nepotism, and the glorification of ill-gotten wealth. The most devastating and tragic outcome of tribalism, besides the Rwanda genocide, was the one in Sierra Leone. In 1985, President Siaka Stevens sidestepped his Vice President SI Koroma and handed power to Joseph Momo, the then head of the Army. On the surface, it is ridiculous for a civilian leader to voluntarily hand over power to a military commander. Underneath, the main reason was that president Stevens wanted to be succeeded by someone from his Limba tribe. This Machiavellian move by president Stevens destabilised the country and led to the overthrow of his chosen successor, Joseph Momo. The ensuing conflict culminated in one of the most brutal civil wars in Human History: the cutting of limbs. Sierra Leone is still reeling from the effects of the brutal civil war.

No country is guaranteed eternal prosperity; no country is condemned to eternal poverty. Prosperity has to be earned and nurtured in order to maintain it. The 2 richest humans to have ever walked on the surface of planet earth were Alexander the Great of Greece/Macedonia, and Mansa Musa of the Mali Empire (centered on the modern Republic of Mali). Greece and Macedonia are among the poorest countries in Europe; the republic of Mali is among the poorest countries in Africa. For 1,850 years out of the last 2,000 years, India and China were the richest countries in the world and had the biggest economies. In 1500 AD, Britain ranked 9th on the world GDP scale, at barely ¼ of France’s GDP. By 1820, Britain appeared in 3rd place and slightly ahead of France. In 1980, India ranked number 9, and China ranked number 10 on the GDP scale. Then the Deng Xiaoping era began getting underway, leading to China’s resurgence back towards the top. China’s GDP has grown 40 fold since 1980. Meanwhile, India surpassed Britain and France on the GDP scale in March of this year, at fifth place.

Singapore and the United Arab Emirates were poor countries in the 1960s, very different from what they are today, economically. The main ingredients of prosperity are an educated, well-fed, healthy workforce, and good infrastructure–coupled with zero tolerance for corruption, tribalism, and nepotism. Until we face these evils that plague Africa, head-on, we are doomed to be the least developed, the poorest, and the laughing stock of the world.

- Advertisement -
Share
Facebook
Twitter
Pinterest
WhatsApp
Previous articleThe African Union must firmly reject Donald Trump and his assault on justice and decency
Next articleThe draft constitution of The Gambia: Its impact on the criminal justice delivery system
Join The Conversation