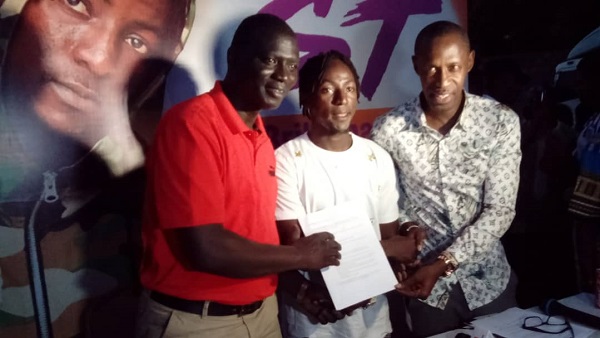 At a unique ceremony that took the form of an open air show with the artist’s fans in the heart of Brikama, both sides laterally saluted and toasted a well matched relationship.

”Africell always goes for the best and in ST we have got the best to work with,” said Musa Sise a senior manager at Africell.

Mr Sise added that henceforth ST will be the face of Africell and the two will work together to boost each other’s image and status.

Popular veteran entertainment media guru Waka Jagne, head of Africell brandings and event manager, celebrated the partnership saying it is a giant move whose very setting is unique and inspirational.

He described ST as one of a few artists, if the not the only hand to fill the Independence Stadium with fans without any foreign backing or partnership.

The artist ST himself was emotional, while hopeful that the relation will spread inspiration around the country and globally and boost the image of Gambian music.

He thanked Africell for supporting Gambian music and musicians.

He wrapped up an exciting evening with rendition from his famous song Fuwareyaa among others.

Africell announced it will stage an earth-shattering event with ST at the Stadium on December 7.