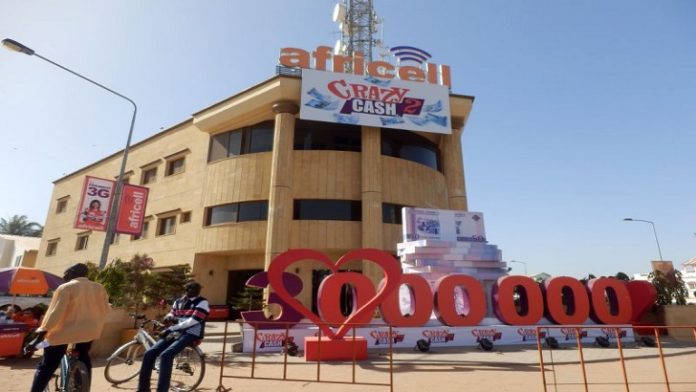 Africell Holding, the parent company of The Gambia’s biggest telecommunication company Africell, The Gambia, is set to invest at least US$400 million in Africa to expand its infrastructure and fintech services such as mobile payments, micro-insurance and micro-finance.

“The developmental impacts that having data connectivity and data access does for communities is transformational,” said Worku Gachou, OPIC’s managing director for Africa.

Africell is the largest mobile phone operator in The Gambia and Sierra Leone with presences in Democratic Republic of Congo and Uganda. The 18-year-old company has 15 million subscribers across its four African operations.

The company is eyeing to expand operations into Angola and Zimbabwe.

Mobile network access, and particularly increasing data penetration, has had a huge impact in underdeveloped African countries where services like mobile money and micro-lending have boosted financial inclusion among the unbanked.

Africa is one of the world’s fastest-growing telecom markets.

“We feel the deal with Overseas Private Investment Corp will push expansions and our customers [including those in The Gambia] will enjoy better services,” Mr Dalloul said, adding that the expansions will offer further growth opportunities as more young Africans get online, amid improving economic growth prospects and increased smartphone penetration.

He said Africell had US$300 million, separate from the OPIC credit line, to spend on new markets like Angola and Zimbabwe. “We are looking only at markets where we can make a difference,” CEO Dalloul said.

Right from her inception, Africell have had the biggest impact on the Gambia’s telecoms industry through her vigorous campaign and ever growing investment budget.

Her superior network coverage and subscriber numbers means that the current growth and investment in the network will keep her supreme for the Gambian market.