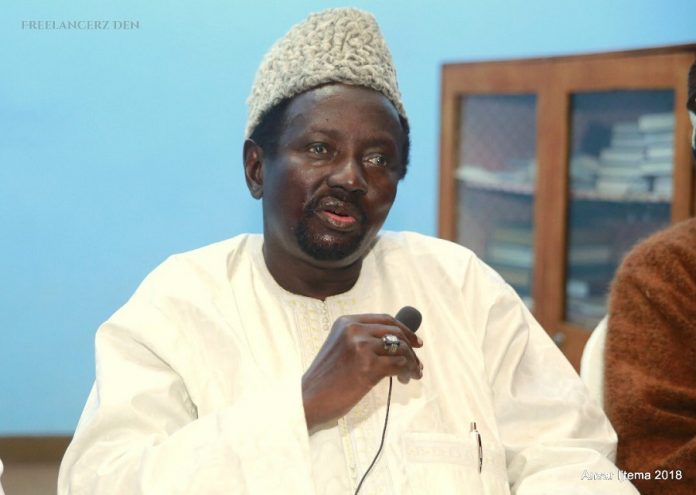 The Ahmadiyya Muslim Jama’at is set to provide relief to 300 disaster-hit families in some parts of the country, revealed the Amir in The Gambia.

Amir Baba F. Trawally disclosed that the Jama’at will soon reach out to the families to provide them post-disaster recovery assistance.

He made this disclosure on Thursday at 6 Imam Omar Sowe Avenue in Banjul as a delegation from Ahmadiyya Muslim Jama’at went there to extend support to the occupants of the compound after it was razed to the ground in December.

“This fire [incident] happened in December, 2020 and another one happened in Sare Gideh in Wuli, in Kudang, in Kaur, in Saloum and there were other incidents,” Amir Trawally said.

According to him, it is as a result of these developments that the Jama’at is poised to reach out to the 300 disaster-affected families in the country.

On the donation of rice, sugar, cooking oil and cash to the family of Sanyang Kunda on 6 Imam Omar Sowe Avenue, Amir Trawally said the Jama’at was there to sympathize with the family as prescribed by Allah and in line with its tradition.

He told the family that the Jama’at has been saddened by the fire outbreak.

“It was a very serious fire incident and we were deeply sad because the residents are our neighbours,” he added.

The Amir also told the family that the Caliph of the Worldwide Ahmadiyya Jama’at has learnt about the incident and that he was equally ‘profoundly’ sad about it.

The Deputy Mayor of Banjul, Omar Touray, described the support as a significant contribution to the city council’s relief efforts.

“We are saying a big thank you Amir and team,” Touray, representing the mayor of Banjul at the occasion, said.

The National Disaster Coordinator, Mawdo Amadou Jallow, said Ahmadiyya Muslim Jama’at has always remained pro-active in delivering aid to those in need whilst expressing gratitude to it for reinforcing government’s efforts in several key areas of development.

Aji Fatou Wilson spoke on behalf of the Sanyang Kunda family and she said the family’s prayers shall always be with the Jama’at for their generosity of spirit.