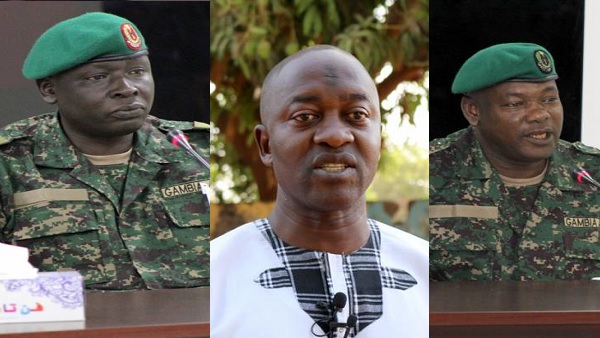 Musa Amul Nyassi, APRC National Assembly member for Foni Kansala yesterday told The Standard that there is no direct link of junglers’ crimes to Yahya Jammeh.

However according to Mr Nyassi, the testimonies of the Junglers only indicated that they got their orders from third parties and not directly from Jammeh.

“If you listen to certain revelations and analyse them, you will begin to wonder the authenticity of the information that are given.

So if there are views doubting them I share the same opinion because I haven’t seen anyone who said he got direct orders or received first hand information from Jammeh,” he said.

Nyassi cited the example of the execution of the 9 Mile II inmates, saying Jammeh did not hide his intentions to carry out the executions.

“He made that clear to the world that he was going to do what his mandate asked him do,” Nyassi said.

He added that the stories of two junglers he listened to did not reveal anything directly connecting them to receiving orders directly from Jammeh.

“So if there are people skeptical about whether Jammeh ordered them I share the same view,” he said.

The Foni Kansala NAM further repeated his belief that the TRRC process is targeted to discredit the former president and the APRC because it is different from truth commissions of other countries where worst atrocities occurred.

On the alleged killings of Ghanaians in 2005, Nyassi said the junglers’ testimony is different from a UN enquiry into the same incident which did not blame Jammeh or linked him to the deaths.

“Where were the junglers when that probe was going on?” he asked.

However Nyassi did not deny that people have been killed in The Gambia.

“Like I have said before, it’s regrettable that these killings happened because the nature of the people of The Gambia is such that a life lost is a loss to all because of the closeness of the people.

So I am sympathising with the victims’ families.”

He insisted that he is never in support of the idea of the TRRC, “particularly the manner in which we Gambians are going about it.”