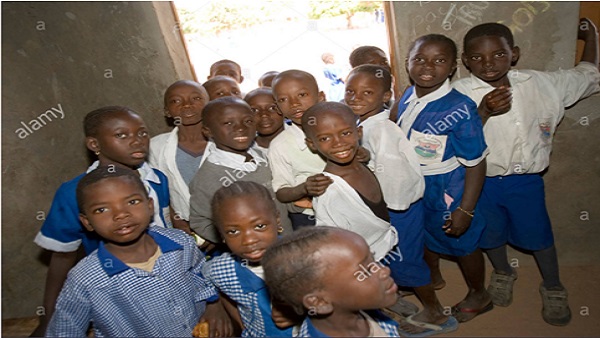 We were told that we had arrived at a cross road: of success or failure.

That all the preparations we did were to stay above the ‘Cut off mark’.

If one crosses the National ‘cut off mark’ he or she was considered passed while those whose marks fell below either resit or engages in frantic searches for a place in a non-rated school.

That was the situation.

In most cases, schools will assign Primary Six to the most feared teacher in the school.

The reasoning behind is still unfathomable! Our teacher was not only feared by us but even the Headmaster and management do fear him.

He could say or do anything, even for actions we always expected that the headmaster would reverse, but he never did. We were left at his mercy, whims and caprices.

For our teacher, 90% of the class must have marks above the ‘cut off mark’. He told us to tighten our belts of iron to give him what he wanted, or else we would regret coming to Primary Six. These threats were indeed put to action.

Fourteen students who did not have the ‘cut off mark’ the previous year, and years as some of them repeated two or three times, remained to resit.

They are called repeaters. Eight of us came from Primary Five to join the repeaters.

We had hoped for a strong support and solidarised system but were early on informed that the mantra was “fankung fankung!” Even those who had met their elder brothers and sisters among the repeaters came to realize that the situation was ‘each for himself and God for all’.

Among the many difficult duties and activities we did was the daily Mental Drill. It was the most dreaded. We would start at 9am and end at 11am before break time.

Those two hours, bilahi, those hours, were hell. The Drill was the reason of our dwindled numbers, from 22 to 14 by the time we sat to the exams.

In one day, our teacher sent back to Primary Five six students because they failed to appropriately spell some words.

One day, we were spelling certain words and he asked me to pronounce ‘average’.

Out of fear, I pronounced it like AVI -RA-GI.

He got incensed and told me “leave my class and go back to Primary Five”.

“What?” I asked with every bit of courage in me.

He advanced towards me with his rubber cane codenamed ‘short man’, I retreated and ran out of the class.

I continued running into the village and headed to the rice field to my mother.

I was crying uncontrollably, and the women I met on the bushy road could not stop me in my tracks.

When I reached Mum who had already come off the waters and was standing on the bank, hugged me and wiped my tears and nose with the tip of her wet shirt.

I was gasping for air as I did not stop running from the classroom to the rice field.

When I regained enough air and strength, I told her that I was asked by the Teacher to return to Primary Five.

“What! But you took second position in Primary Five?” Mum’s face reddened. She held my hand and led me to the school.

When we arrived, the school was on break but our teacher was still on his desk in the classroom.

“Nankuto, why do you have to come from the fields? I was only threatening him and he ran out,” he told her and added, “I will not send away my best student.”

Mum was still angry as it was visible on her face but did not say a word. She released my hand and turned to go.

I remained in class with the teacher, confused and frightened. After few seconds, he asked me to go and enjoy my break.

After that episode between Mum and our teacher, I remained in Primary Six.

We remained in the village waiting for the results.

As guinea pigs of the new GRADE system, we heard so many strange news.

We were told that our scripts will be given to examiners in either Sierra Leone, Ghana, Liberia or Nigeria to mark while Gambian examiners will mark scripts from other countries. This story was truly believed!

Waiting for exmaination result was difficult too.

Any incoming vehicle that signalled to the left into the school sent shivers on our spines.

Ongoing students would shout “anatalleh!” Even vehicles belonging to Education and NGOs coming to the school will encourage our congregation at the entrance of the school gate to find out whether our results had arrived. Even parents were not spared from the trauma of waiting for the results.

One day, the Headmaster instructed the village announcer to notify parents and candidates about the arrival of the results.

After dinner at around 9pm, he stood at his compound gate and bellowed the news.

I was at the compound gate with friends. When we heard the news about the results, we all turned towards our various homes and retired with the news.

In the morning, accompanied by my Dad, walked to to the school.

The head master was not in his office but our teacher walked to my father and congratulated him.

That action lightened my heart a little bit because he did not tell Dad my results. Later, Dad told me to wait for the result as he had to travel to Georgetown to see my namesake.

All those waiting on the headmaster to know our results congregated under the big “wollow” tree.

Apart from it being used as the pray ground for students, it holds PTA meetings too.

For me and possibly others whose parents were congratulated by our teacher seemed not bothered about the waiting. But, clearly others just sat down and kept quiet.

When the headmaster arrived on his motorbike, the anxiety grew stronger.

Even those who were not bothered kept quiet momentarily.

“Algali, come over,” shouted the headmaster. He got up and walked towards the office.

His legs were failingly hitting each other but he thronged on.

We had kept quiet and were shivering.

At that moment, anyone of us could have fainted from any joke about our results.

He came and sped off to report his success to his parents at home.

With Algali’s 301 marks, we assured ourselves of marks beyond 400. And yes! We had good reasons to believe so! He had come last in all exams and tests we had done.

His highest scores for a work of 10 questions was always 3/10. So we started jubilating the results we did not see.

When the noise grew louder, the headmaster came and enquired about our celebration.

I told him that if Algali had scored 301, then all of us will atleast have more than the National Cut off mark of 200.

Quietness and anxiety gripped us again and we retired to our block chairs and makeshift chairs to wait for our waterloo.