Arabic teachers express ‘disquiet over the blatant disregard’ of authorities 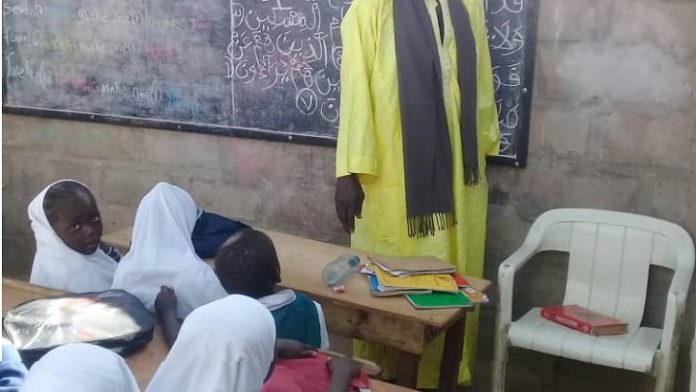 We, the Arabic Islamic and Quranic teachers in the Gambia, hereby voice our deep concern and disquiet over the blatant disregard of our plight by the relevant authorities.
Since the declaration of the State of Public Emergency in March, which included an order for the closure of schools, following the advent of Covid-19, the bulk majority of Madrassas and Daras have been unable to pay the salaries of their teachers, due to the failure of students to pay their tuition fees. Arabic and Islamic learning institutions are largely private, hence they heavily rely on tuition fees to pay salaries and run the schools. As a result, many teachers have been struggling to make ends meet, due to unpaid salaries.

We have exhausted all the formal and informal avenues to have our concerns addressed. convey the concerns but our calls and pleas fell on deaf ears. Nobody seems to interested in tackling the agony we are going through in these difficult moments. It has always been our desire to have the issue resolved away from the media glare. We are however being pushed against the corner.

It’s important to remind the authorities that Arabic and Islamic learning institutions equally make an immense contribution to the country’s socio-economic development by creating job opportunities for hundreds of citizens. After all, Islamic schools play a pivotal role in instilling mannerisms in students to ensure that they are righteous, honest and upright. In addition, Arabic and Islamic teachers are equal citizens and should be treated as such. They are taxpayers, like any citizen, hence they are entitled to government’s assistance, particularly under the prevailing extraordinary circumstances. The Government is duty-bound to alleviate our suffering, as some of us haven’t been paid for the past five months, and couldn’t even feed our starving families.

The Government has recently tabled the Supplementary Appropriation Bill before the National Assembly with the aim of bailing out a number of sectors that have been adversely impacted by Covid-19, to our dismay and utter surprise, the Madrassas and Daras were conspicuously absent from the list of beneficiaries. This, in our opinion, is unfair and unjust, as it underlies a deliberate attempt to trample on our basic rights as citizens and taxpayers.

It’s high time that the Government treated Arabic and Islamic teachers with due respect and catered to their needs. As Gambians, the Arabic and Islamic institutions have produced cadres in all the fields. Some of them have become teachers, academics, scientists and medical doctors. Others are serving the Government in different capacities. Their service and dedication can hardly be quantified.

We hope the Government of the Gambia will consider this appeal and respond to the urgent call. We wish you all the very best in these exceptional circumstances and be blessed.