Are we heading to a chasm? 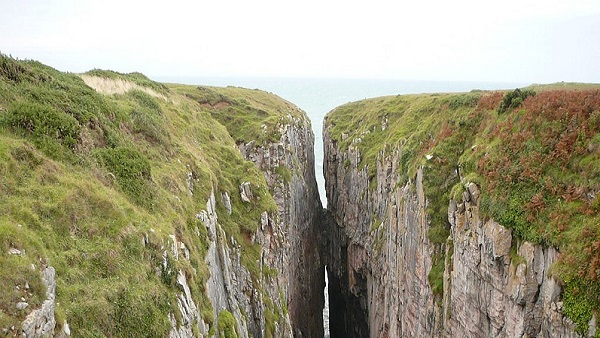 Since the coronavirus pandemic began, countries around the world have struggled to contain and manage its spread. Some introduced lockdown measures and others only did partial lockdowns. Airports and borders were closed and the public, in most countries at least, were given timely, accurate and detailed reports on the COVID-19 fight.

This was possible and easy for some countries because they have the financial ability to give assistance to their populations and they did. For us in the Gambia though we simply joined the bandwagon without actually planning it properly, or so it seems.

Government announced a food aid package of over 700 million dalasi (in rice, sugar, oil and other stuff) which, according to many, didn’t reach some people. I know of many needy families who didn’t receive a thing from that. Some claim that there was a lot of nepotism and unfair play in the distribution of that rice.

Then the issue of the frontline workers not getting their allowances came up. They even went on strike and refused to work until a deal was reached and they went back to work. With the amount of money announced by Government to fight against COVID, that problem should never have arisen in the first place.

When we had very few cases (mostly imported) a State of Public Emergency was introduced which all but crippled the economy. This was extended many times only to be lifted at a time when the cases are increasing exponentially; and community transmissions have begun. What does this say about our level of preparedness? It is now said the Health Ministry should introduce regulations!

On Tuesday 28th July 2020 there was no situation report on COVID-19. The reason, according to some rumours, was that the lap top computer of the person who prepared the report was stolen thus the report could not be communicated to the public on time. I mean, can you even imagine that? How can such an important report be in the hands of only one person in a whole ministry? Your guess is as good as mine.

Another serious problem is the lack of resources at the centre where all these coronavirus work is coordinated. It is said that sometimes they don’t have electricity; at other times, no fuel for the vehicles. This is unfathomable! What kind of plan did they put in place to ensure that things go smoothly? Is this incompetence or mere sabotage?

There is now a report that today, Wednesday 29th July the lab technicians who do the tests and analysis did not show up for work because they have not been paid their allowances. Folks! Will the problems never end? What are we heading to when the numbers of COVID-19 cases keep increasing and we are finding it difficult to keep track of them not to mention how to manage the treatment of those confirmed already?
Thinking of all these, my heart sinks and I have become worried to an extent of being paranoid. Are we heading for a chasm? Ask me another!