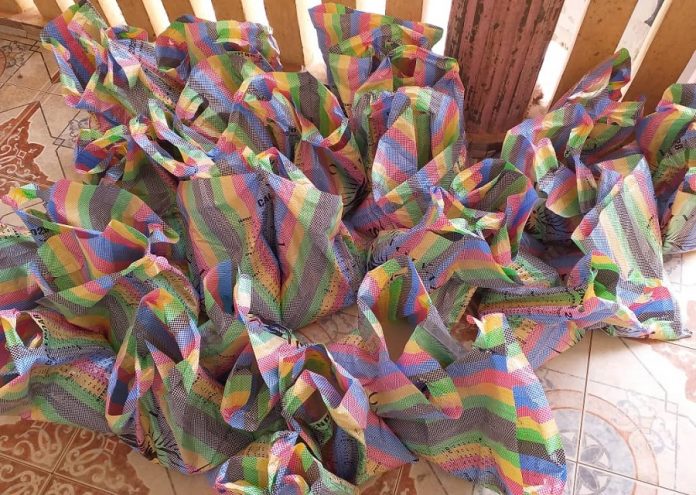 The Friendship Zone Association has supported several families in Darsilami village with sugar and rice.
Nfansu Marenah, the president of the Association said their association stands to raise awareness among young people on the dangers of illicit drugs.
He said the support came from the individual contributions of the members.
“COVID-19 affected every sector of the society particularly those living in villages. This is why we raised some funds to come and give back to the people,” he said.

Marenah said it was the first time they reach out to the people of Darsilami with such gestures, adding more will come along the way. He added the Association has once conducted a sensitisation programme at the community school on the dangers of using illicit drug.

Musa Tabally Bojang, the Alkalo of the community said his community has not received support since the outbreak of COVID-19, adding this was the first time.
“Your support came at the right time. This is the time when we need this the most,” the Alkalo said.

He said his community is a rural settlement composed of many families who live from hand to mouth. Mr Bojang called for more support to his people.
“We have written to different bodies and agencies for help but we are yet to receive any,” he said.

He said in addition to the troubles that came after the COVID-19 pandemic, the people are struggling to earn a living. He added that the socio-economic activities of people have been affected as a result of COVID-19.
“We want more support,” the Alkalo said.

Darsilami is a border village found in Kombo Central District, West Coast Region. Friendship Zone was founded in 2014 by some Gambian youths to engage in raising awareness of youths on different areas and help build their capacities in respect to different fields.